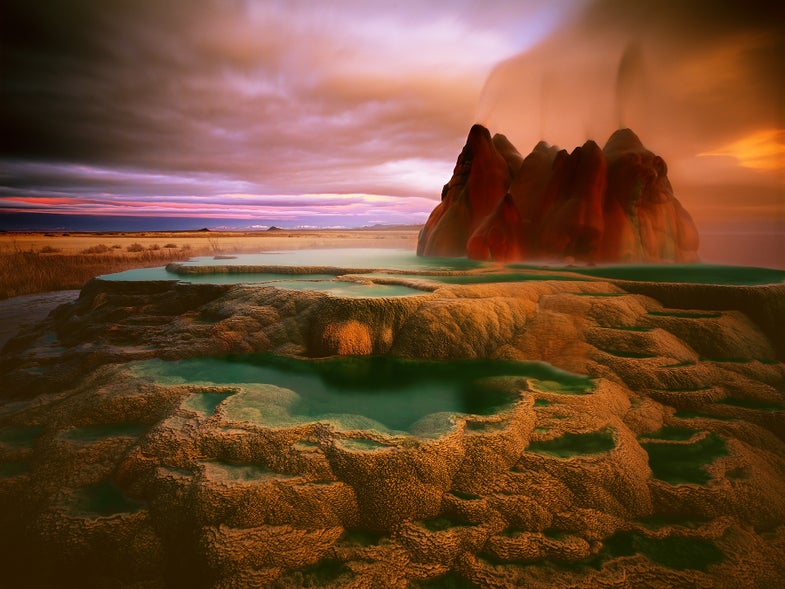 Grand Prize Winner: Rodney Lough Jr., 51, photographer, Happy Valley, OR Sometimes bigger really is better. Rodney Lough Jr. used a collapsible, large-format (8x10) view camera to capture this stunning vista of spraying geysers at a hot spring in the Black Rock Desert, Nevada. An extremely small aperture and long exposure on Fujichrome Astia 100F transparency film rendered the twilight scene with incredible detail and depth of field. But to hear him tell it, the photo practically took itself: “It’s not hard to be inspired by what you’re looking at. I capture it the way I see it, so others who would never see this in real life are able to enjoy it forever.” Tech Specs: Arca-Swiss 8x10 F-Line view camera with 150mm f/5.6 XL Schneider Super-Symmar lens; 16 sec at f/64 on 100F Fujichrome Astia Professional film.. Rodney Lough Jr.
SHARE

Year after year, our biggest contest proves that great photos can come from anywhere and be made by anyone. Once again, our editors were blown away by the caliber of the submissions.

This year, our winners’ locations were as diverse as their techniques, from Florentine snapshots to large-format landscapes of Nevada’s Black Rock Desert. And despite their varied backgrounds and professions, all had this in common: For at least one moment, they captured something quite beautiful.