In Galen Rowell: A Retrospective, Frans Lanting recalls his friend as a "modern transcendentalist" who infused outdoor photography with his boundless enthusiasm. 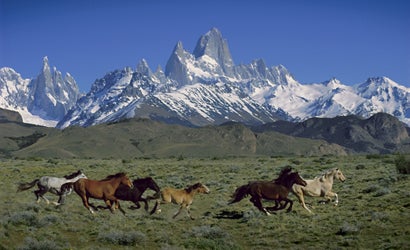 The mystique of outdoor photographer Galen Rowell has always seemed equal parts photography and adventure. In retrospect, though, the latter sometimes outweighed the former during his sadly shortened career. Rowell’s adventure credentials were indisputable, but his pure landscapes — as opposed to his wildlife and mountain-climbing images — verged on sentimental in their rendering. His best photographs needed a figure, or at least the suggestion of a human presence, to make his point that nature was both a belittling and an awe-inspiring spectacle. His signature use of the split neutral density filter, a photographic tool that can impart a kind of artifice to the natural world, seemed driven more by a wish to make a scene conform to his deep feeling for its beauty than by the need to solve a technical problem in order to present its truth.

All that said, the critical mass of images in Galen Rowell: A Retrospective (Sierra Club Books, $50) shows that on balance Rowell was a superb photographer. The first full accounting of his life’s work, it contains over 175 wonderfully edited and handsomely reproduced images, a selection from which is featured here. (Click to launch gallery.) But it isn’t just a picture book: It includes rich tributes and reminiscences from Rowell’s colleagues in the different worlds he straddled, from journalism to mountaineering, including essays by newsman Tom Brokaw, mountaineer Conrad Anker, and critic Andy Grundberg. In one of the most moving and intelligent contributions, which we reproduce in its entirety on the following page, fellow photographer Frans Lanting paints Rowell as a transcendentalist in motion — a philosopher who actually lived his ideas.

Indeed, for Rowell photography was part of a larger agenda that included nothing less than saving the earth, and in his hands it seemed attainable. His own words explain: “Over the course of hundreds of visits to wildlands on seven continents, I have yet to find any place saved strictly by the vote of a democratic majority or the benevolence of a government. Passionate individuals have always played a leading role.” Looking back, we can certainly count Rowell among those passionate individuals.
— Russell Hart

On a rainy autumn day in 2002 I walked into a Minneapolis art museum to see “American Sublime,” an exhibition of American landscape painting from the nineteenth century. As I wandered among canvases that depicted scenic wonders of North America, I was struck by parallels between the work of celebrated painters like Albert Bierstadt and Frederic Church and some of Galen Rowell’s signature images. I noticed similarities in their use of evanescent light to express peak moments in nature and in their deployment of human figures to give scale and impress upon the viewer that nature dwarfs humankind.

The parallels are not coincidental. Many painters of that era were influenced by transcendentalism, a philosophy that puts nature at the center of human inspiration. More than a century later these ideas have had a profound impact on nature photographers and environmentalists alike.

As a visual artist, Galen Rowell is a modern transcendentalist, in my opinion. The ideas articulated in the nineteenth century by Ralph Waldo Emerson and Henry David Thoreau, and later embraced by John Muir, entered popular culture in the 1960s. In Galen’s hometown of Berkeley during the 1960s and 1970s, bookshelves were loaded with the works of contemporary writers who expressed transcendentalist ideas: Loren Eiseley, Gary Snyder, Edward Abbey. Photography books also expressed the sublime in nature, as seen by Ansel Adams, Eliot Porter, Philip Hyde, and others featured in the groundbreaking Sierra Club Exhibit Format series launched by David Brower. Galen was influenced by all of them. Their books lined his library shelves, and he cited them in his own work-and took their ideas as a personal call to action.

Although his personal and professional interests were wide-ranging, Galen’s enduring love was landscape photography, and his greatest contributions were in that field. He infused a great American tradition with a new energy that reflected his personality, bringing action to photography and pursuing it with enthusiasm and zeal. Galen was in perpetual motion all his life. His strength and drive enabled him to go farther, higher, and faster than any other photographer I know. He was remarkably disciplined, both physically and mentally. When we worked together in the field, I marveled at the way he moved with absolute focus and economy of motion.

But Galen did not just connect physically with landscapes. His photographic vision grew out of a unique mix of athletic abilities, technical skills, intellectual understanding, and artistic intuition, which enabled him to identify, chase, capture, and interpret those ephemeral moments when light and landscape interact in ways that transcend specific situations. Galen often looked for light rather than substance to express his peak moments in nature. But unlike nineteenth-century painters who could conjure transcendental moments on an empty canvas, Galen had to work with real landscapes to achieve his imagery. To that end he pioneered a new approach that he defined in his now-classic book Mountain Light as “a search for the dynamic landscape.” What this credo meant to Galen personally was: Travel light, anticipate opportunities, shoot fast, keep moving, and enjoy yourself.

During the photographic workshops that Galen and I co-taught periodically, I saw how dramatically different his approach was from that of most other landscape photographers. On one occasion we had taken our class to a scenic location north of San Francisco and gathered on a road overlooking hills rolling down to the Pacific. The scene was not terribly exciting, and everyone was waiting for the sun to set. Everyone except Galen. Instead of waiting, he dashed off downslope by himself, knowing he could make the sun go down by changing his vantage point. It worked just as well going up, and he even coined his own battle cry for this kinetic approach: “Let’s unset the sunset!”

Galen’s technical side was expressed through a deliberate methodology that involved an analytical approach to exposure techniques aided by a technical solution he branded himself: the graduated neutral density filter, which he used with great success in his own work. He popularized his techniques through teaching and writing, especially in his columns for Outdoor Photographer magazine, which grew into his books Galen Rowell’s Vision and Galen Rowell’s Inner Game of Outdoor Photography.

Intellectually, Galen was fascinated by the physics of light and how that connected with the mechanics of photography. He also explored the physics and psychology of human vision. He spoke to me about bringing these ideas together, combining photography, the outdoors, science, and perception in a philosophical notion he called “the visionary wilderness.” Though he never wrote that book, his pursuit of the idea, his photographs, and his life are enduring expressions of this grand vision.

If one measure of a person is his ability to reach beyond himself, Galen succeeded on many levels, many times. From a Bay Area car mechanic he became a world-class mountaineer, who then transformed himself into a great photographer, who evolved into an insightful writer, who then matured into an articulate teacher and spokesperson for a range of interests from photography to conservation. His photographs reflect a man who never saw obstacles, only opportunities. He was always striving, always tackling something new, transcending himself. 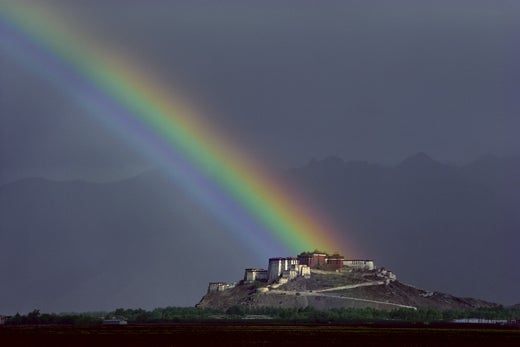 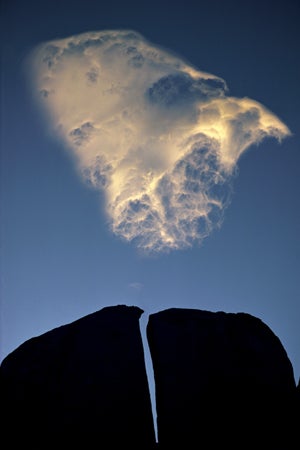 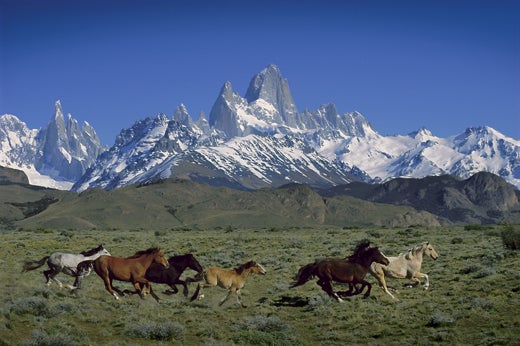 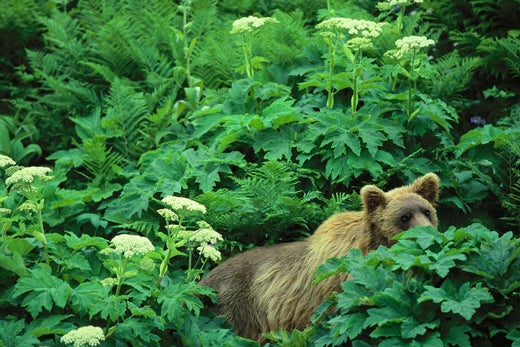 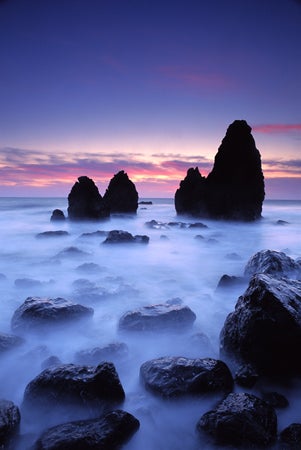