Here are the top photographs on sale this week at Christie's, Sotheby's and Phillips de Pury & Company. 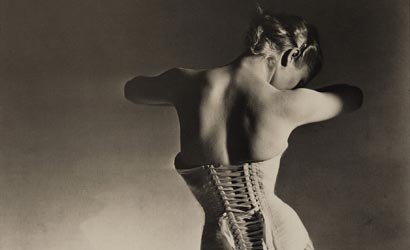 The spring 2007 photography auctions in New York get underway on Monday, April 23 at the Christie’s auction house in Rockefeller Center in Manhattan. The bidding starts at 5:00 pm with a sale of Horst photographs from the collection of Gert Elfering, followed at around 5:30 with modernist photographs from a European collection. The larger sale of images from various owners begins around 6:00 pm and concludes the following morning at 10 pm.

On Tuesday evening and Wednesday morning the action moves to Phillips de Pury & Company. Then on Wednesday evening and Thursday morning come the sales at Sotheby’s. By Friday we will know if any images have broken the current world record, set in February in London, when Andreas Gursky’s “99 cent II, Diptych” sold for $3,346,456.”

For art enthusiasts who can’t wait that long for all the results, American Photo will be posting regular updates on the auctions throughout the week. If recent auction results are any guide, next week’s sales will see a lot of money changing hands.

The Horst auction at Christie’s on Monday evening may also set some new precedents. While auctions often focus on work accumulated by a single collector, they rarely focus on the work of a single photographer, notes Philippe Garner, Christie’s International Director of Photography and 20th Century Arts. “We’ll just have to see how it works out for us,” he says.

Best known for his fashion and editorial work for Vogue magazine throughout the mid-20th century, Horst reprinted many of his iconic images over a period ranging from 1985 to 1995. (Horst died on November 18, 1999.) “He wanted to make exquisite prints that would remain as his legacy,” says Garner. Like other photographers during this period, such as Irving Penn and Herb Ritts, Horst made platinum and platinum-palladium prints, sometimes on canvas. “It’s sort of the ultimate in bespoke printing,” Garner says.

German collector Gert Elfering acquired the Horst images over the past 20 years. “The first photo exhibition I ever saw was about Horst,” Elfering recalls. “At that time I could only afford a poster and a book.”

The Horst material also represents a new trend in the art market — at least according to Garner. “Right now the 19th century seems very distant, and even the pre-war period seems remote,” he says. “But there is a great appetite for post-war photography in general and editorial photography from that period in particular. Horst is one of the great names of that type of fashion and lifestyle photography. Along with Penn he was one of the great photographers of the Conde Nast stable.”