All the shortcuts you need in a handy color-coded layout. 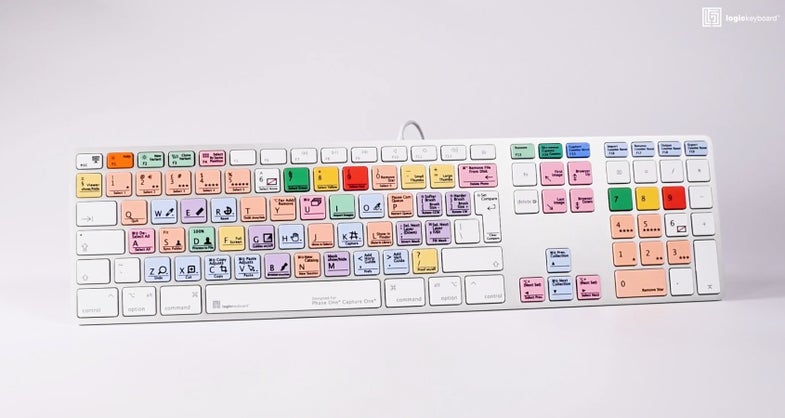 One you’ve been using software for a while, the keyboard shortcuts tend to burn themselves into your brain and fingers. There have been many occasions in real life where I’ve thought to myself Command + Option + Z only to be disappointed that it only fixes my mistakes in Photoshop. Now, Phase One has teamed up with LogicKeyboards to created a keyboard with a ton of useful Capture One Pro shortcuts baked in.

The keyboard is built into Mac Pro hardware and uses a series of color-coded keys to represent common Capture One Pro editing tasks. It should seem like a familiar concept if you have ever been involved with serious video editing.

The goal of the keyboard is to put commonly-used functions in easy to access places and ultimately speed up workflow. The keyboard will be available from Phase One retailers for $139.