An affordable, manual focus 50mm prime for (almost) everyone. 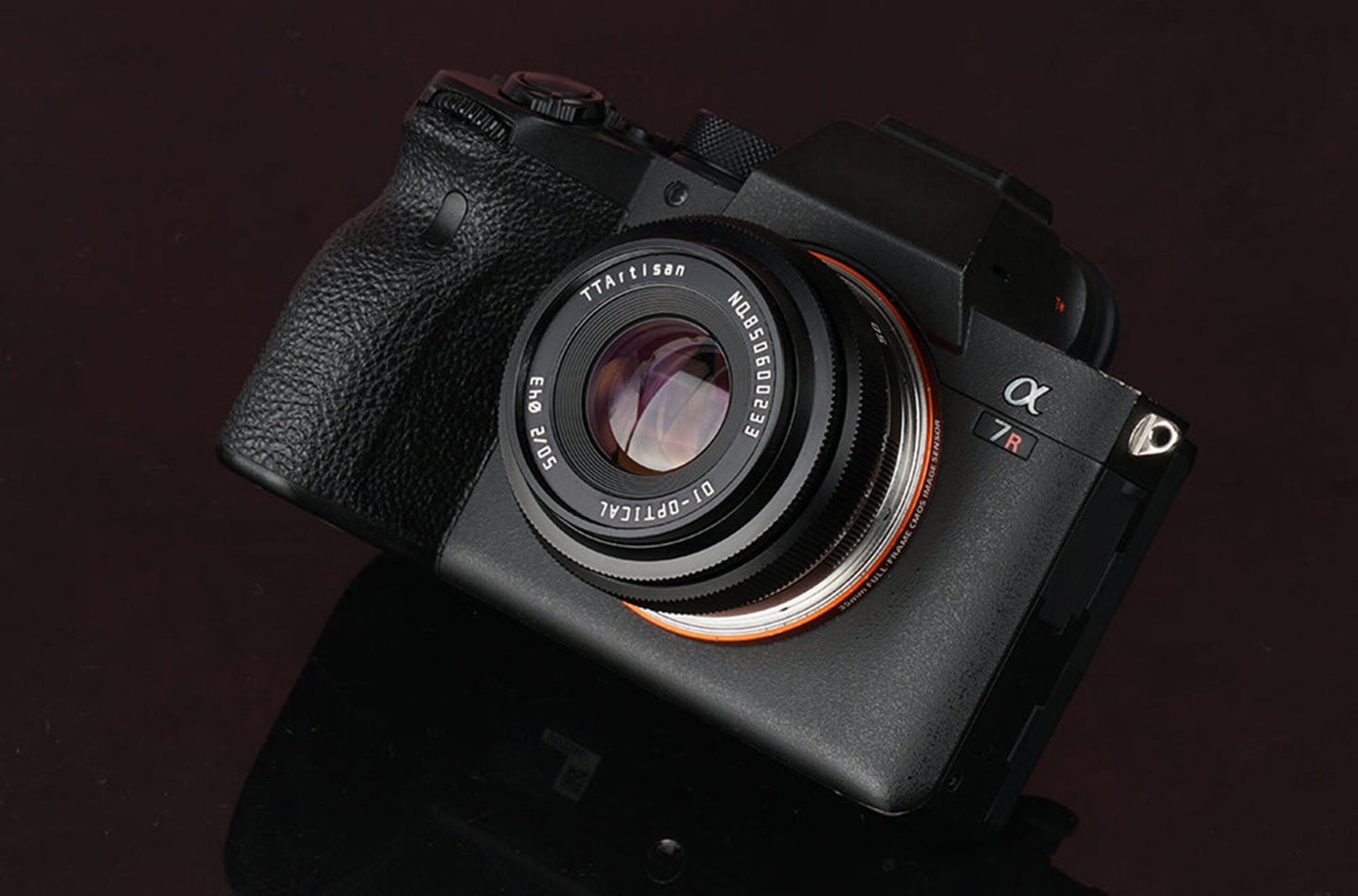 The new TTArtisan 50mm f/2 is a budget-friendly, all-manual, full-frame prime available for a wide range of mirrorless systems, including several crop-sensor mounts. Priced at just $69, you can pick one up right now directly from TTArtisan.

The “nifty fifty”—or any no-thrills, fast-aperture 50mm prime—is one of the most versatile pieces of kit around. In fact, 50mm primes were often sold kitted with SLR bodies during the film era. And frankly, everyone should have one in their bag (a 50mm not a film SLR…ok, maybe both). Why? In a pinch, a 50mm can stand in for just about any lens, from a wide-angle to a telephoto—it sits there right in the meaty part of the focal range, and that’s the key to its versatility.

TTArtisan says this particular model is sharp, even wide open (we’ll withhold judgment until handling one). Still, operating it will require some manual focusing chops. With an image circle large enough to cover a full-frame sensor, the TArtisan 50mm f/2 is available for Canon RF-, Canon M-, Fujifilm X-, Leica/Sigma/Panasonic L-, Nikon Z-, and Sony E-mounts. On the APS-C mounts, it will provide a 75mm equivalent field of view. The lens is additionally available for Micro Four Thirds, which will translate to a 100mm equivalent field of view.

Optically, the TTArtisan 50mm f/2 is quite simple in its construction with six elements arranged in five groups, including two High-Refractive Index (HR) elements, used to tame aberrations. The front offers a 43mm filter thread and the lens can focus as close as roughly 20 inches.

The lens barrel sports a manual aperture ring up front with a range from f/2 to f/16. And a nine-blade aperture diaphragm should hopefully provide some nice, rounded bokeh, especially when stopped down a little. Toward the rear of the lens is a slightly larger manual focus ring, with hyperfocal distance markings.

Though TTArtisan does not specify, the lens is almost certainly built of plastic and not weather-sealed. That said, the lens mount—arguably the most structurally-important part of the build—does appear to be metal. The size and weight vary slightly by mount, though we’d consider all versions to be fairly compact. The L-mount and Micro Four Thirds versions, for instance, are both 2.4-inches long and 1.4-inches in diameter, with a weight of 6.7 ounces.

The TTArtisan 50mm f/2 is $69, regardless of which mount you choose, but if you want the official TTArtisan lens hood (you do), you’ll need to cough up another six bucks. Presently, TTArtisan has the 50mm f/2 available for Canon M, Fujifilm, Nikon, Micro Four Thirds, and Sony bodies. RF- and L-mount users will have to wait just a bit longer for availability (July 28th).