Photographer discovers a live spider inside the viewfinder of his Sony a7R III, keeps on shooting

Well, this is just terrible. 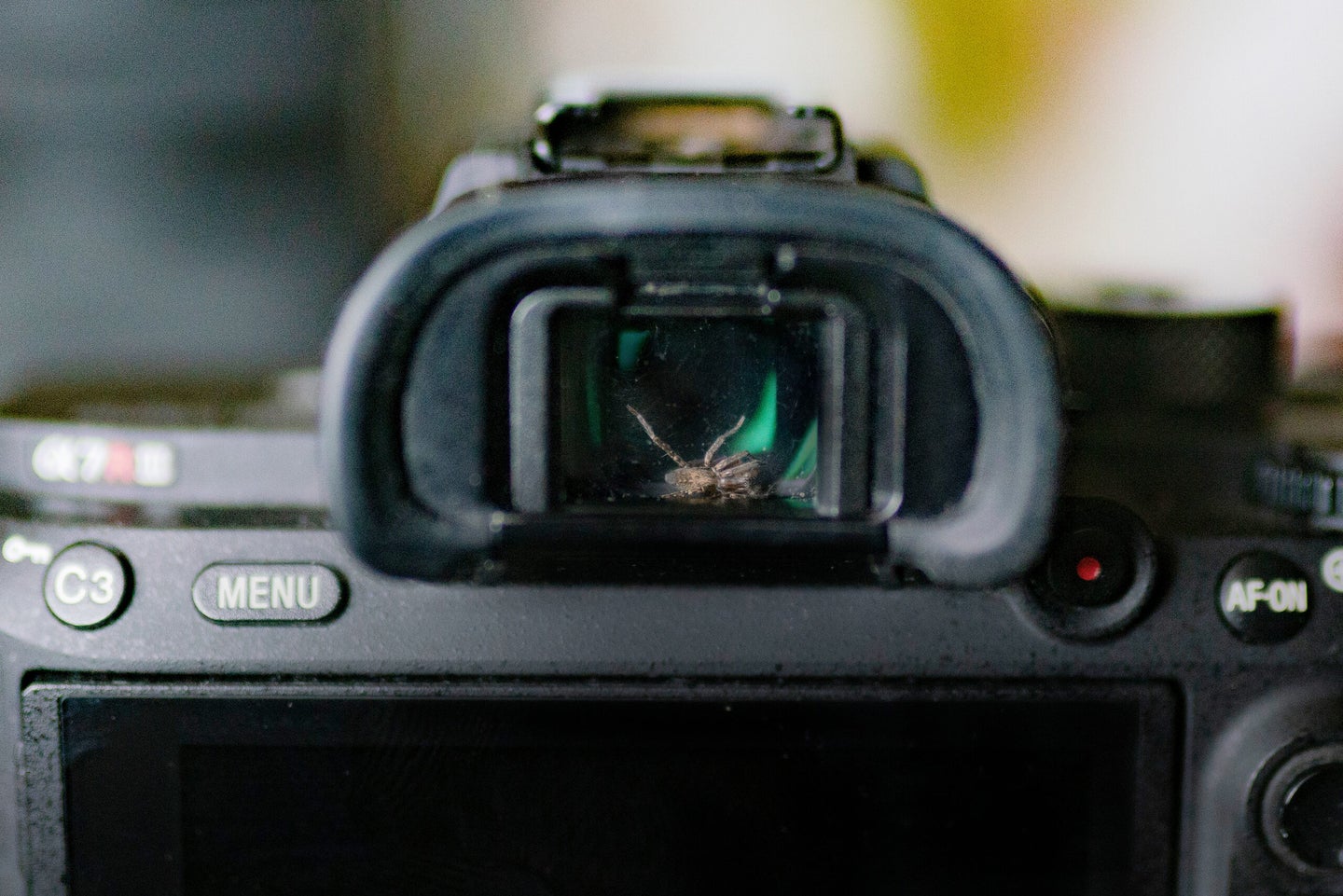 We apologize to anyone with arachnophobia for this one. Joel Robison
SHARE

In today’s edition of “things you wish you didn’t know,” photographer Joel Robison recently made the most unfortunate discovery of a sizable live spider trapped inside the optical housing of his Sony a7r III‘s electronic viewfinder.

The camera in question was purchased new last August by Joel and has seen action on “a couple of short shoots outside.” But otherwise, it’s mostly remained in Joel’s camera bag with the lens attached. So how the heck did the spider get in there?

One theory is that spider eggs were inside the camera’s EVF before it reached Joel. In fact, our friends at Popular Science have a most unsettling story about how common this is, especially when it comes to cars. Perhaps the same is true for cameras? (Hopefully, not).

“I tend to use the LCD screen on the camera to access menus but on that day I looked through the viewfinder to double-check my focus and noticed a blur blocking my view. I assumed it was dust or something at first. When I pulled back and noticed it was a spider, I thought it was outside the camera and felt a bit creeped out. And then it quickly pulled its legs into the corner of the viewfinder and I realized it was inside the body itself. As of today (March 15) it’s still alive. It was quite active during a photoshoot I was on yesterday.”

The fact that he’s kept on shooting, despite the spider dancing around, is merit for serious props in my book!

As of writing, Joel has reached out to Sony both via Twitter and via chat support on their website, and thus far, has yet to receive a response.

Sony advertises the 42MP full-frame a7R III—a ~$3000 camera—as weather-sealed. And presumably, that should mean spider-proof—a Lens Rentals’ teardown does reveal one possible entry point at the base. (though I seriously doubt the spider crawled in through the battery door).

What’s next for the spider-cam?

Joel seems to be taking the whole experience in stride, which is the opposite of how I’d react. Other than a “slight blur when looking through the viewfinder,” it doesn’t seem to bother him much. Though he admits it’s a bit weird bringing a live spider that close to his eye. “I’ve joked that maybe this is the start of my Superhero origin story!”

Ultimately, we hope Sony—which has a solid reputation of standing behind its camera gear—helps Joel out. His spider-cam is likely still under warranty, which should hopefully mean they’ll remove the intruder for free—or better yet, send him an arachnid-free replacement.

The moral of the story? ALWAYS check your camera for spiders.