The FR7 is designed to help cinematographers working remotely or with a limited crew. 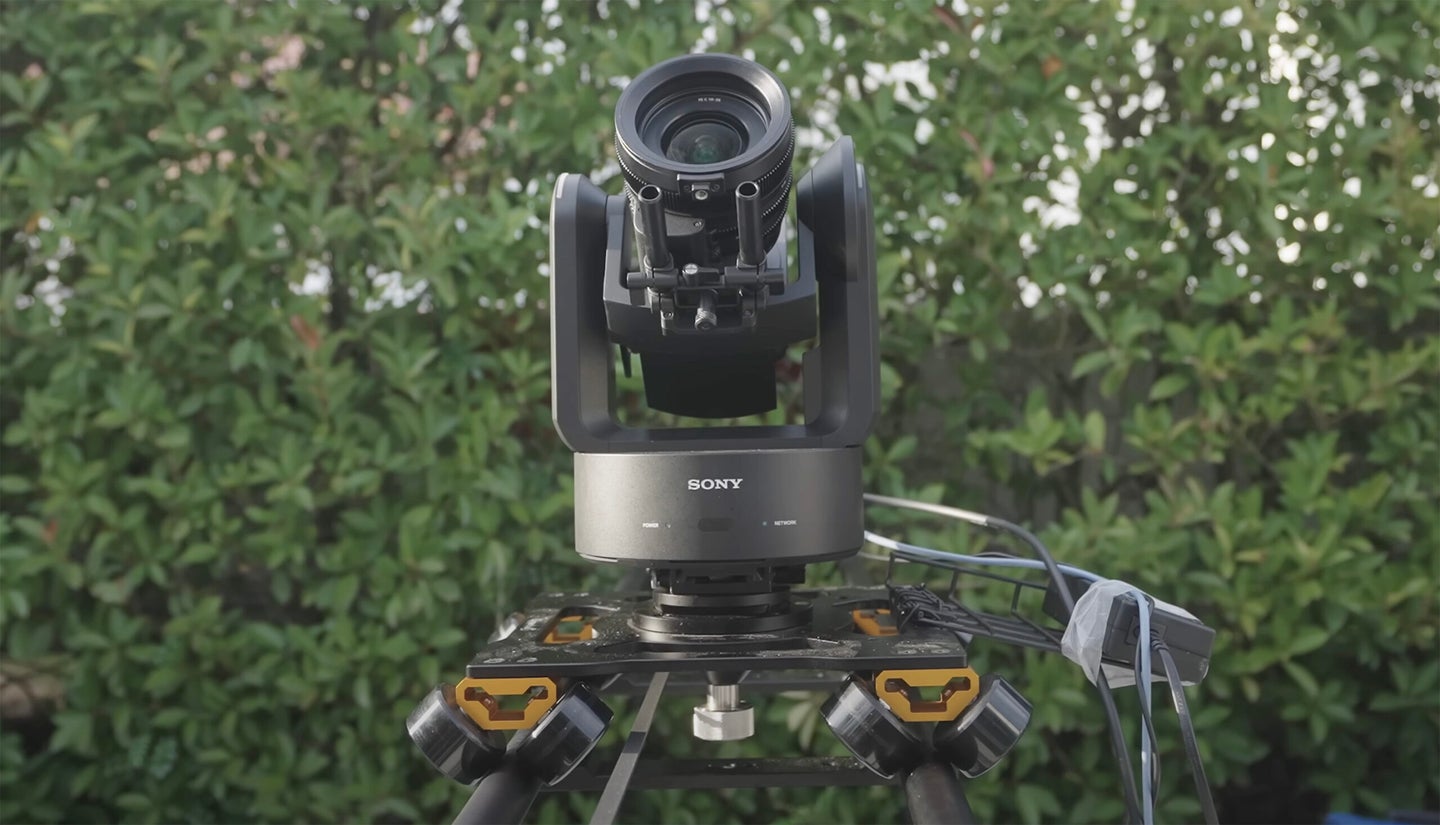 Sony has unveiled what it’s calling the world’s first pan-tilt-zoom (PTZ) camera with a full-frame sensor, interchangeable lenses, and remote shooting. Dubbed the ILME-FR7, this new addition to Sony’s Cinema Line is essentially an existing FX6 cinema camera affixed to an advanced PTZ mount. It’s designed to allow cinematographers to produce high-quality cinematic footage remotely, whether it’s for live broadcast or because there is a limited crew.

The FR7 has a 10.3-megapixel back-illuminated 35mm full-frame Exmor R CMOS image sensor. It’s not really designed for stills but rather is optimized for 4K video performance at up to 120fps. (It can also shoot 1080p FHD video at 240 fps).

The sensor has more than 15 stops of dynamic range and the ISO can be expanded up to 409,600, so it should be capable of capturing great footage in any lighting conditions. In Cine El mode, the base sensitivity can be set to either ISO 800 or ISO 12,800 to minimize noise while keeping a consistent visual appearance.

From P to Z

Given Sony’s pedigree, the FR7 is obviously going to be an extremely capable cinema camera, which is why the PTZ mount is so interesting.

“The cinematic look and feel is rapidly becoming the norm in broadcasting and live production as it opens up new ways to tell a narrative,” said Yang Cheng, Vice President, Imaging Solutions, Sony Electronics Inc. in the press release. “In parallel, over the last two years, we’ve seen a steep rise in content created remotely or in small locations where access is difficult.”

Cheng claims the Sony FR7 “combines the flexibility of a standard PTZ camera with stunning visuals through advanced cinematic features,” and the specs suggest it pulls it off.

Related: Best cameras for filmmaking on a budget

There’s also a built-in web application as well as an optional remote control so operators can control the camera from a distance. (It also integrates with Sony’s other cinema camera control products.)

Additional features of the Sony FR7

Perhaps most impressively, the FR7 supports Sony’s Fast Hybrid AF and Real-time Eye AF, and even allows for real-time tracking with the PTZ mount. According to Sony, the integrated BIONZ XR engine is able to lock onto a subject’s eye even when the camera is shooting from a steep angle.

There’s also a built-in electronically controlled variable ND filter that allows for both manual adjustments, and automatic adjustments that compensate for changing light.