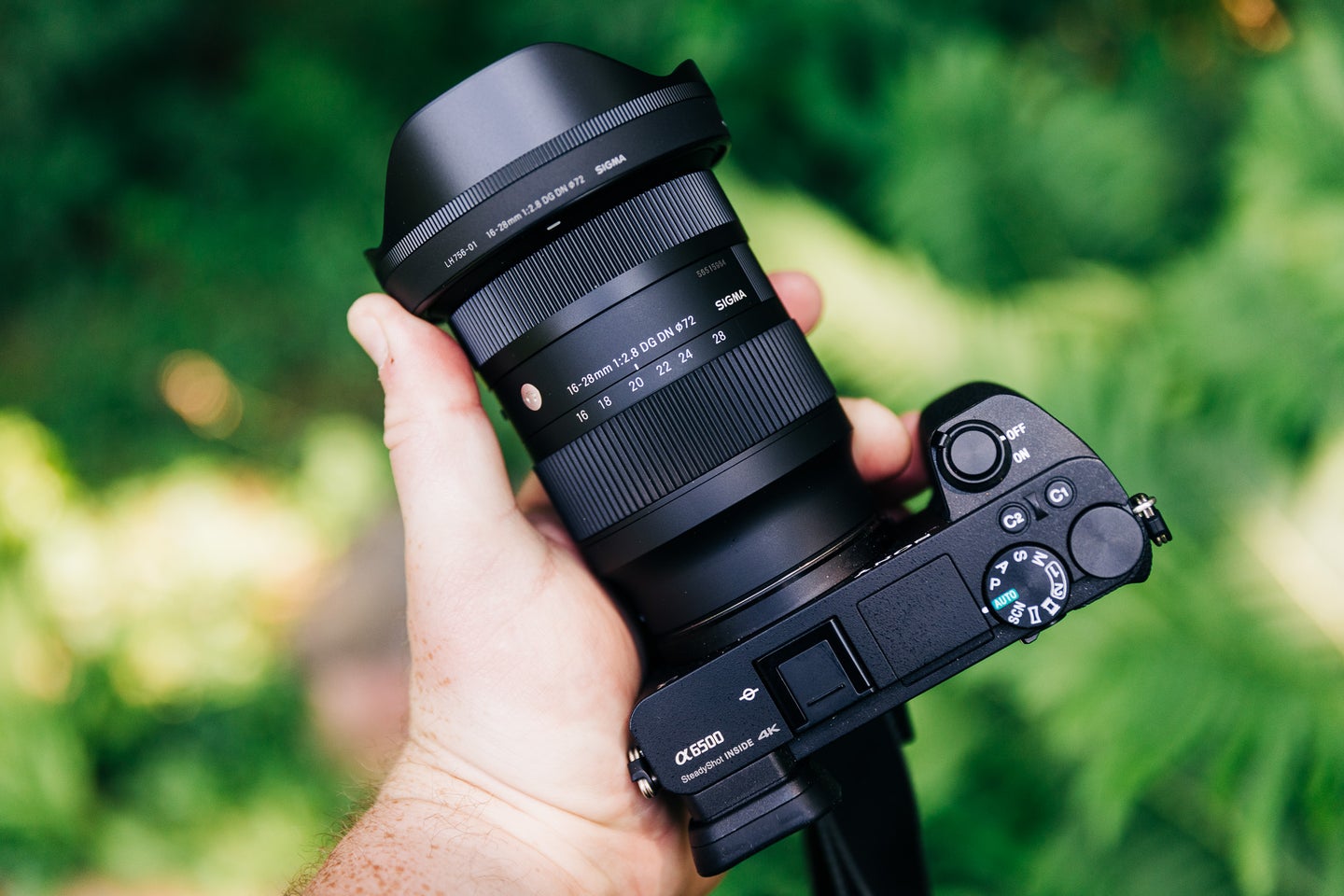 This is a full-frame lens, but it's shown here on an APS-C body (the a6500). Stan Horaczek
SHARE

Standard zooms like Sigma’s E- and L-mount 28-70mm f/2.8 DG DN end up in many professional photographers’ bags because of their versatility. But sometimes you need to go wider. Now, Sigma offers a new 16-28mm f/2.8 DG DN to go along with its standard zoom.

This is a full-frame zoom lens meant for Sony’s E-mount or the L-mount, which supports both Panasonic and Leica. Wide-angle zooms like this offer lots of flexibility, which has made them popular with a wide variety of photographers from photojournalists to landscape and wedding shooters.

Sigma’s new 16-28mm f/2.8 offers 16 total elements spread out over 11 groups. It has four aspherical elements and five FLD bits of glass, which mimic the performance of pricier fluorite.

As part of Sigma’s Contemporary series, it offers a fast aperture (at least for this focal range) and a relatively compact body. It sneaks in at just under a pound and a shade under 4 inches long. It has all internal focusing and zooming, which is very handy for video shooters who may use a gimbal that can get off balance if the barrel extends.

The aperture relies on nine blades, which promises smooth, clean bokeh across the entire frame. Super Multi-Layer coatings resist reflections in order to fight ghosting and flare, even in direct sunlight.

If you’re using the L-mount version (I’m currently testing out the E-mount version), you can switch between linear and non-linear focusing with the ring, which is a nice option to have.

I have only just started shooting with this lens, so I can’t say much about its image quality, but I can say that it feels light-but-sturdy, which is exactly what I want. The body relies on thermally Stable Composite material that’s lighter than metal, but deals with cold temperatures similarly to aluminum. You don’t have to worry about rapid expansion and contraction as you go from one shooting environment to the next.

The lens body wears a familiar Sigma texture on the outside, which is just slightly velvety. The rings move smoothly and the whole thing feels like a pro-grade piece of equipment.

For $899, this lens checks in a full $200 cheaper and a full stop faster when it comes to maximum aperture than the Sony 16-35mm f/4, which debuted just a few months ago.

We’ll put together a full review over the next few weeks, but this lens seems like a great addition to Sigma’s full-frame E- and L-mount offerings.