The Galaxy Z Fold4's camera setup doesn't quite match that of fellow flagships but it's impressive nonetheless. 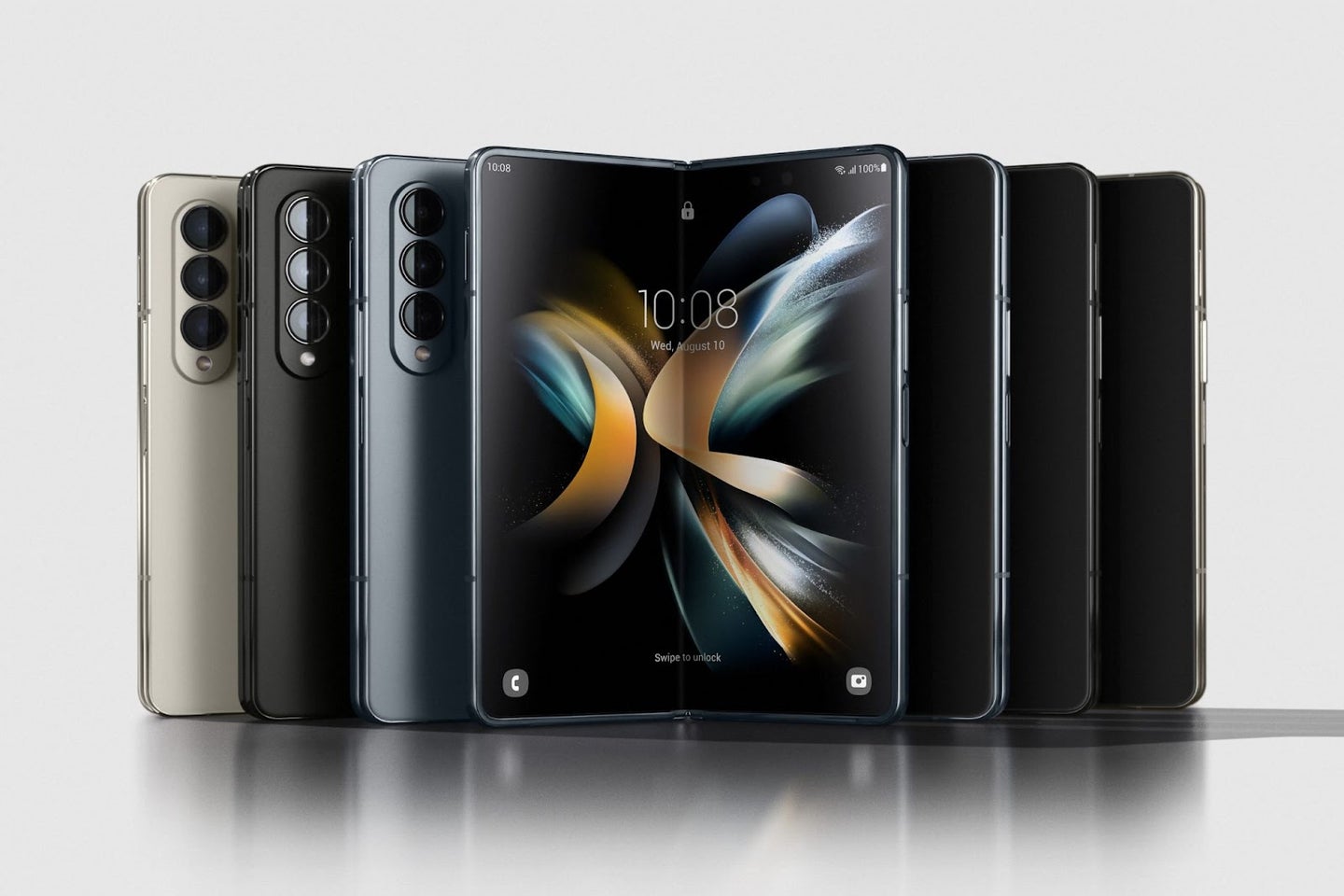 For such expensive devices, Samsung’s eye-catching Galaxy Z Fold phones have long lagged the field when it comes to their camera setup. That’s perhaps understandable, as the folding screen tech is both expensive and bulky, leaving less room and cost for decent cameras. It’s sad news for photographers, though, as it’s meant you have to choose between a huge screen or great cameras. But that’s about to change, to some degree, with the launch of the new flagship Samsung Galaxy Z Fold4.

The Samsung Galaxy Z Flip 4 was also simultaneously-announced, but given its camera specification is much lower, we’ll just focus on the Fold4 in this article.

How does the Z Fold4 fit into Samsung’s lineup?

Related: The era of the ‘always-on’ smartphone camera is here

Let’s start off with the not-so-great news: The just-launched Samsung Galaxy Z Fold4 still isn’t the equal of other flagships, with Samsung’s own Galaxy S22 Ultra among the phones that can still beat it in terms of specs, for far less money. But while it’s still not a top-tier setup, the Fold4 should still best everything else in Samsung’s current smartphone lineup.

What’s new since the Fold3?

The Fold4’s camera setup has been mostly rethought since the Fold3 and is effectively now on parity with the non-folding Galaxy S22 and S22 Plus. The main camera sensor has been upgraded from 12 to 50 megapixels, and its size increased such that Samsung says it can now gather 23% more light than before.

The previous 12-megapixel, 2x zoom telephoto camera has also been replaced by a 10-megapixel, 3x zoom camera. (Coupled with 10x digital zoom, this now allows a maximum of 30x zoom, up from 20x in the previous model.) Finally, there’s a 12-megapixel ultra-wide camera that carries over from the Fold3.

All three main cameras retain the same apertures as before, with the main camera being the brightest at f/1.8, the ultra-wide in the middle at f/2.2, and the telephoto being an f/2.4 optic. The wide-angle and main cameras also retain the same pixel pitches and fields of view, with a 123˚ FOV and 1.12μm pixels for the ultra-wide and an 83-degree FOV with 1.8μm pixels for the main camera. The telephoto camera retains a 1.0μm pixel pitch, and Samsung has yet to publicly state an FOV range for the uprated zoom lens.

Loads of other tweaks, some of which will make imaging better too

Of course, even for the unchanged ultra-wide camera, there will likely be changes to Samsung’s image processing algorithms, and perhaps image quality improvements to be found. The company is also noting some UI improvements. Among software changes, Samsung is calling attention to both its “nightography” and portrait modes, which it says offer better low-light image quality. Samsung has also added video digital image stabilization and added support for recording videos at up to 8K resolution.

Of course, there are many other changes throughout, including a current-gen Qualcomm Snapdragon 8+ Gen 1 processor upgrade, which should make for a snappier performance across the board. There’s also an improved hinge, more durable displays, and a stronger frame. Samsung has further made numerous upgrades to the operating system itself, including a new taskbar that aims to make better use of the generous screen real-estate.

Where the S22 Ultra still bests the Fold4

So how does the S22 Ultra still better the Z Fold4? The biggest differences are that the S22 Ultra’s main camera has double the sensor resolution 108 megapixels vs. 50 megapixels), and the Fold4 lacks its 10-megapixel, 10x periscope zoom camera altogether. The newer phone replaces that with a non-zooming 10-megapixel selfie camera for use when folded, and there’s also a secondary four-megapixel selfie camera hidden under the screen when the phone is used unfolded. (This latter is now said to be harder to see through the screen itself.)

On the one hand, it’s not a great look that the company’s flagship folding phone *still* lags noticeably behind its flagship traditional smartphone. But at the same time, this is already a pretty bulky, hefty, and extremely expensive phone. Had Samsung shoehorned in the full camera setup from the S22 Ultra, it likely would’ve broken the psychologically important $2,000 barrier not just for its 1TB phone, but likely for the 512GB variant too, while making the phone even chunkier in the process.

This compromise means you’ll still get a pretty decent camera experience alongside the folding form factor. If you’re focused mostly on photography, though, the S22 Ultra will remain a much better option. And that fact is likely why Samsung isn’t doing that much to call attention to its new camera setup. As of right now, the company has uploaded eight promo videos for the Fold4 to its YouTube channel, but none even mentions the camera, instead focusing on changes to the screen, hinge design, and Android 12L operating system.

Color options will include Graygreen, Phantom Black, Beige, or Burgundy. Burgundy models are available only in the lower two capacities, and these as well as the 1TB model will all be available only directly from Samsung.