PSA: Vintage cameras aren’t bombs and you shouldn’t be afraid to travel with one

An overzealous airline passenger recently mistook another passenger's vintage camera for a bomb detonator, forcing an emergency landing. Fortunately, no arrests were made and no one was hurt. 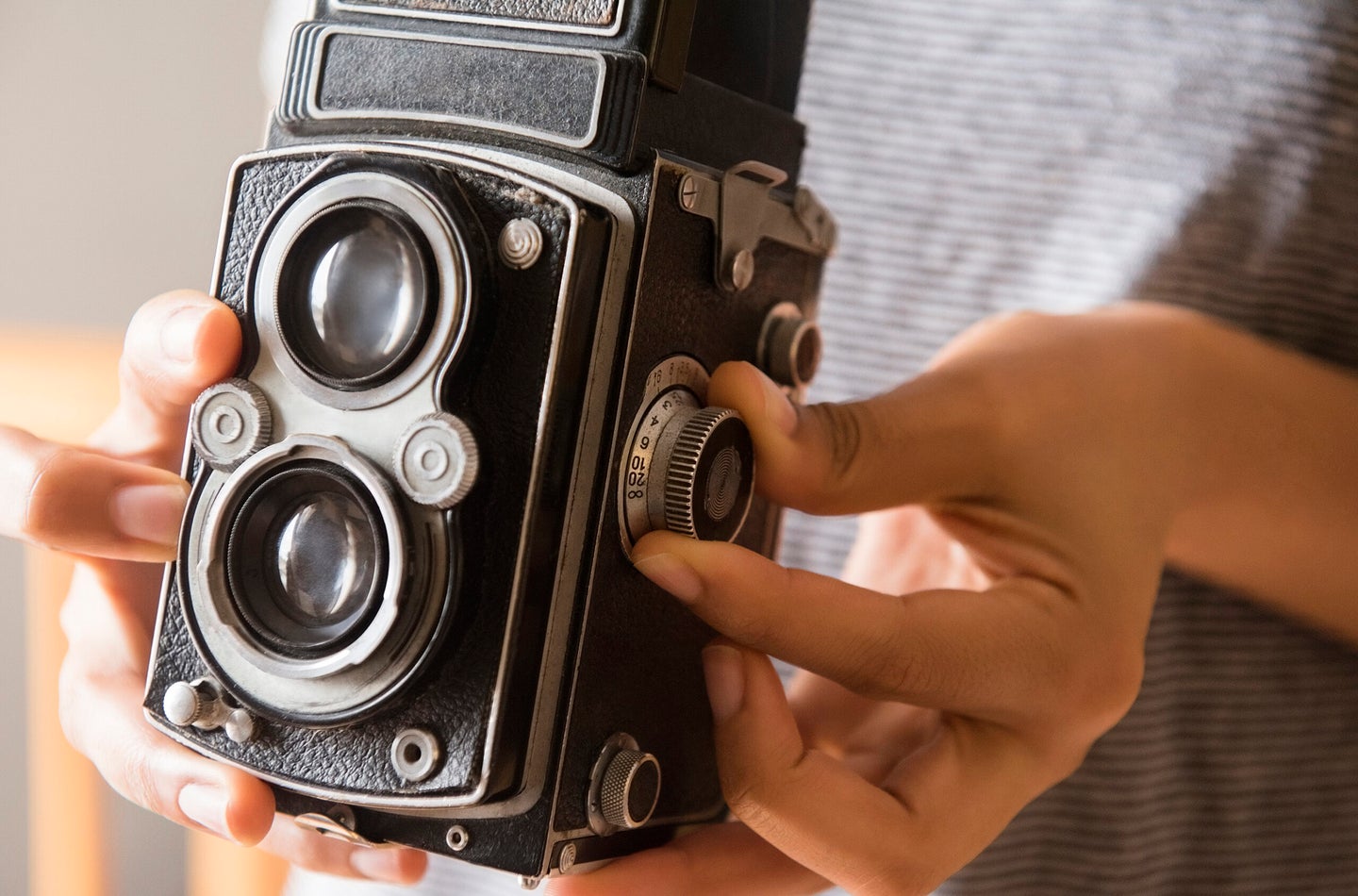 The camera in question has yet to be identified, but we're putting our money on something boxy, like a Rolleiflex twin-lens reflex camera. Getty Images
SHARE

On October 10th, a flight from Indianapolis to New York’s LaGuardia Airport made an emergency landing at its destination after a passenger mistook a vintage camera for a bomb.

Mistaken for a bomb detonator

According to the NY Daily News, an unidentified woman traveling with her husband and children saw the (as yet) unidentified photographer looking at photos and videos of vintage cameras on his phone.

“She thought he was looking up bomb-making instructions, and when the man pulled out his own camera and adjusted it she was convinced he was setting a timer on a detonator.”

She alerted the cabin crew triggering the emergency landing procedure. Once the plane was on the ground, the unsuspecting vintage camera fan was tackled by emergency responders and taken into custody. He was detained for several hours while his bags were searched—shockingly, they contained more vintage cameras—before being released without charge as “no criminality” had occurred.

There are several layers of ridiculousness to this whole mess. Leaving aside the sheer bad manners of staring at someone else’s phone screen during a flight, it also seems pretty unlikely that a terrorist would look up instructions for their bomb mid-flight. Also, how old or large was this camera that it could be mistaken for a detonator?

The SLR and rangefinder formats have been pretty consistent since the 1930s—and they’re kind of distinctive. Any report that portrays this as an emergency landing caused by the photographer’s “erratic behavior”—looking at you New York Times—is straight-up wrong. This incident was caused by someone’s overblown paranoia, not a vintage camera. Thankfully, no one was hurt in the evacuation. And the photographer appears not to have suffered too badly at the hands of the first responders.

Other instances of mistaken identity

And these are just the big, newsworthy incidents. When we discussed this story in the Popular Photography writer’s group chat, most of us had stories about getting extra security scrutiny when traveling with cameras. My camera bag regularly gets pulled from the X-ray belt to be hand-searched. Dan Bracaglia, our News and Features editor, said that his film cameras are normally given a second look.

“More often than not, the agent strikes up a conversation about photography. I once even had a gentleman say, ‘Ooh nice, a Leica,’ before proceeding to swab it for explosive residue.”

Is flying with vintage gear worth the risk?

Really, it sucks that carrying a camera or a tripod gets you extra scrutiny. It’s terrible that armed police can get called on you for carrying a tripod on a beach. It’s utterly dystopian that someone’s paranoia about your vintage camera can trigger an emergency landing that ends with you pinned on the tarmac.

But you shouldn’t let all this stop you from taking photographs. It’s easy to get concerned after incidents like this get national media attention. But situations, where armed police respond to photographers, are incredibly rare. That’s why we’re reporting on it now. In most cases, a security guard just has a word with you or it takes a few extra minutes to get through the airport.

If you love photography—like all of us here at Popular Photography—then the tradeoffs are worth it. The risk of something like this happening to you is tiny. But the chance of you having fun and getting some good photos? It’s 100% guaranteed.