Built from anodized aluminum, the PM Camera Tool offers a variety of useful gadgets along with space for a spare SD card. But at $95, it ain't cheap. 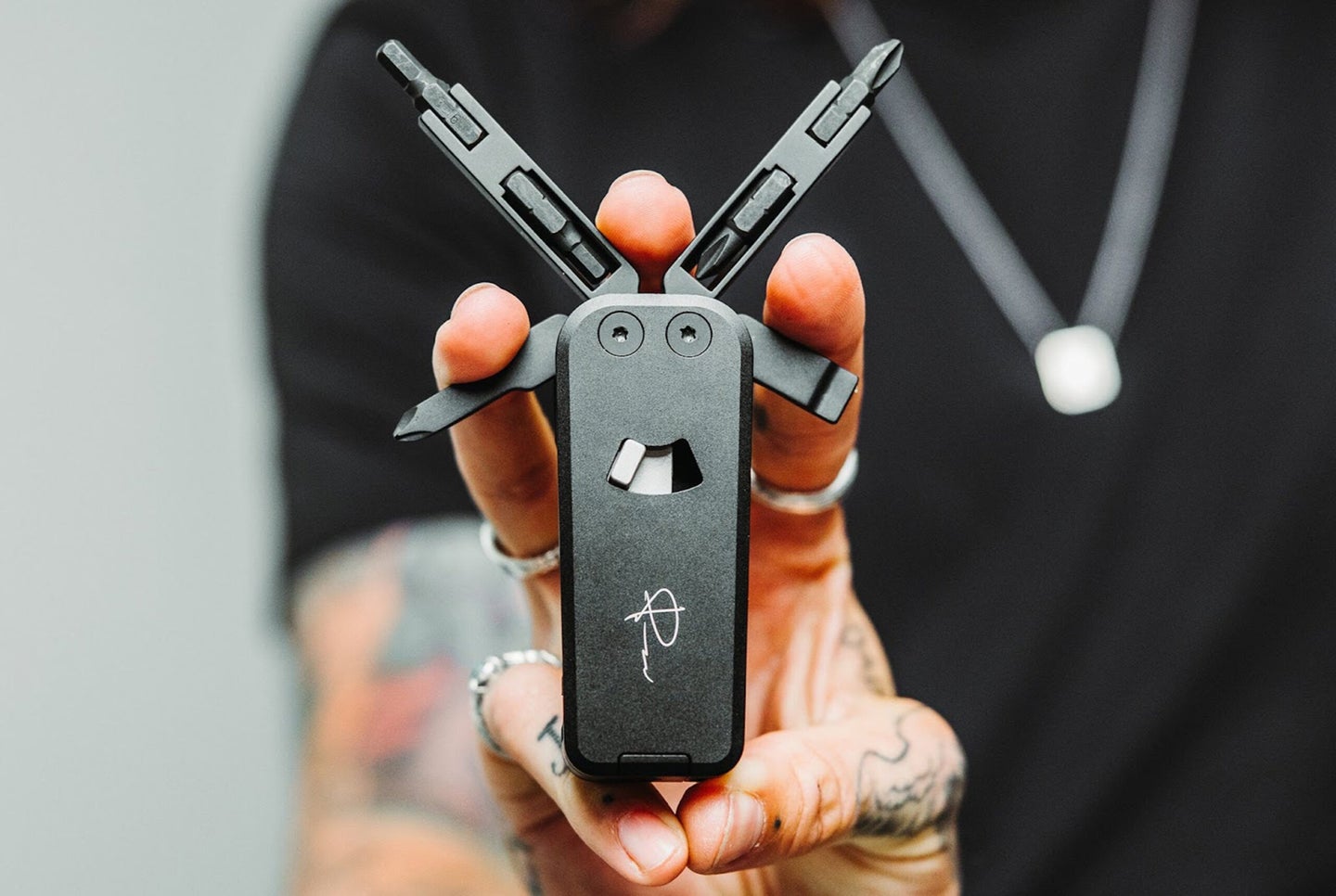 You’ve heard of the Swiss Army Knife, but how about the Canadian Photography Screwdriver? Toronto-based photographer, YouTuber, and entrepreneur Peter McKinnon has effectively created the latter, albeit sold under a rather more pedestrian name. Designed to house the various drivers and hex keys a photographer might need, the PM Camera Tool is now out of the design stage and into what’s being billed as a limited (and paid) public “field test.”

An eye-catching design that keeps your tools front & center

Presently, the site through which it the PM Camera Tool was briefly available has been taken offline, replaced instead by a form through which you can be notified once stock is available.

As you can see in Google’s cache of the product page, however, the Camera Tool is solidly-built from anodized aluminum and hardened stainless steel. On each side of the Camera Tool, you’ll find two screwdrivers, one with a fixed bit and the other interchangeable. The device also includes a slot inside of which an SD card can be securely stored.

Each of the interchangeable drivers has storage for two standard hex bits, while the other drivers have a choice of either cross-head or flat-head types. The unique feature is that when you flip them out for use—a handy rocker switch makes this fingernail-free—your chosen screwdriver isn’t offset to one or the other side, as is often the case on multi-tools.

The man behind the gadget

So who is Peter McKinnon? He uploaded his first YouTube video in September 2015, but it wasn’t until the start of 2017 that a big content creation push saw his channel really start to take off. Nine months later he had well over a million subscribers and he’s now fast approaching the six million mark.

The channel has since gone on to win both Shorty and Streamy awards, and his photos have been used on limited-edition coins issued by the Royal Canadian Mint. And through his websites, he also sells Lightroom presets, effects packs, and even occasional hardware.

Quite pricey, but that’s perhaps understandable

The PM Camera Tool certainly looks stylish and handy. But compared to its rivals, it is a tad pricey, listing for $95 in the “field test” phase. There are, after all, many competing products out there from the likes of Victorinox, Leatherman, SOG, Gerber, and many others. And more than a few of these are far less expensive, similarly sized and warrantied, and offer similar or better tool selections.

My top pick among rivals currently would be the SOG PowerPint, which is about a third less expensive with optional hex bits, and yet which comes with 18 tools built-in. That said, less elegant and feature-packed options can be had for under $20.