A photojournalist was caught on camera staging a shot, and the backlash was swift

A contributor to Getty Images, Maranie Staab, was caught purportedly staging a photo during an anti-mask protest in Portland, Oregon. 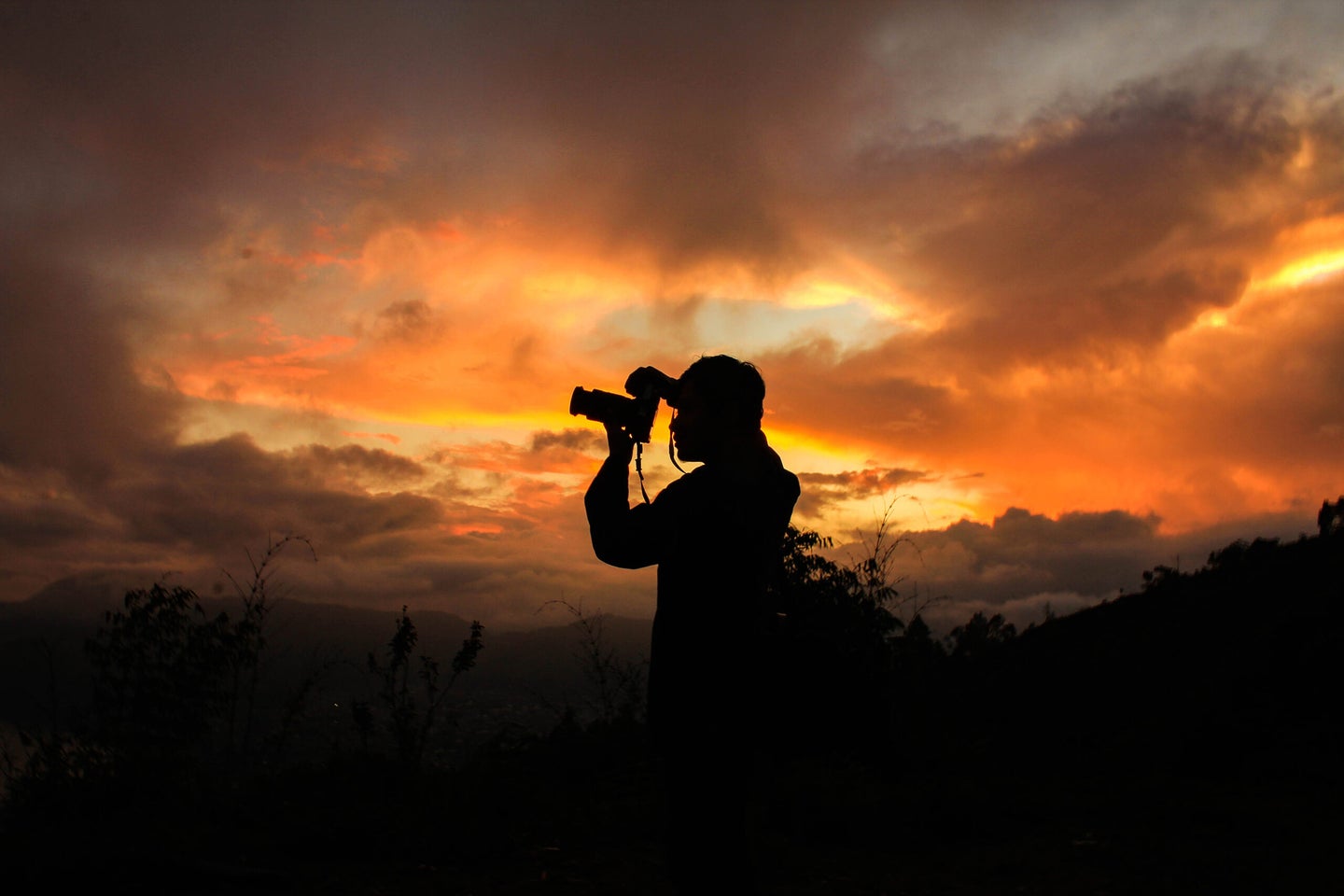 Maranie Staab, an independent photojournalist who contributes to Getty Images, has been accused of staging a photo in a now viral video on Twitter. The video purports to show Staab instructing a child to throw a mask into a burning barrel at the anti-mask protest, the “Mask BBQ Party,” in Portland, Oregon.

The video and resulting image—which has since been pulled from Getty—can be viewed below. Note: the Tweet thread contains strong language.

Staab was shooting photos at the Mask BBQ Party outside the Oregon Health Authority building in Portland on January 20th of this year. (She has covered Portland’s protests for the past few years, and was assaulted by “anti-fascists” protestors in August last year.)

In the video, Staab (wearing a mask) is seen standing beside a burning barrel talking to a woman and child. There are several other anti-mask protesters nearby, and a group of masked counter-protesters across the road.

A man off-camera says, “Does anyone have an extra mask we can throw out?”

The woman says to the child, “This lady is going to take a picture of you.”

Staab then says, “I’d give you this one, but these guys are watching me and they’ll yell at me,” gesturing at the counter-protesters across the street.

A man then says, “Here you go,” and hands something that looks like a mask to the child.

Off-camera, Staab can be heard directing the child to throw the mask into the bin while she shoots photographs. After which, the video ends.

The video posted to Twitter pretty clearly shows Staab staging a photograph. That photograph was later published on Getty (it’s seen been taken down) as a journalistic image from the protests. That’s a problem.

Photojournalists are supposed to document events as they happen without engaging in them. Their job isn’t to create the most compelling images possible, but to capture what really happened. The National Press Photographers Association (NPAA) has a whole code of ethics laying it out.

Did some people at the Mask BBQ Party throw a mask into a burning barrel? Almost certainly. But would that child have thrown one into that barrel if Staab wasn’t there to tell him to? I don’t think so, no.

And that’s where Staab crosses that difficult ethical line. She went from documenting the protest to manufacturing images that fit a narrative.

The backlash from other photojournalists on Twitter has been predictably swift.

In a statement to PetaPixel, Getty confirmed that they had removed the staged photo from its site and cut ties with Staab:

“Getty Images holds itself to a high standard of editorial integrity and we have a responsibility to provide faithful and comprehensive documentation of the events that we cover.”

“We will not be working with this photographer in the future.”

Of course, Staab is far from the first photojournalist accused of staging images.

Pressures of the industry

You don’t have to look very hard to find stories of (often award-winning) photojournalists staging their photos to get stronger shots. Photojournalism is a rough industry, especially for freelancers. You often only get paid for shots that are published (or win competitions), so there is obviously a lot of pressure to get not just good, but great images.

So, of course, some photojournalists may consider blurring ethical boundaries (or just bounding right over them) if it means getting paid.

Personally, I suspect that staging photos has been going on as long as photojournalism has existed, even if cases of it are relatively rare. The difference now is that it’s far easier for unethical photojournalists to get caught.

If it wasn’t for Twitter (and Staab’s ongoing spat with the anti-fascist protestors), her images would likely have stayed on Getty for years.