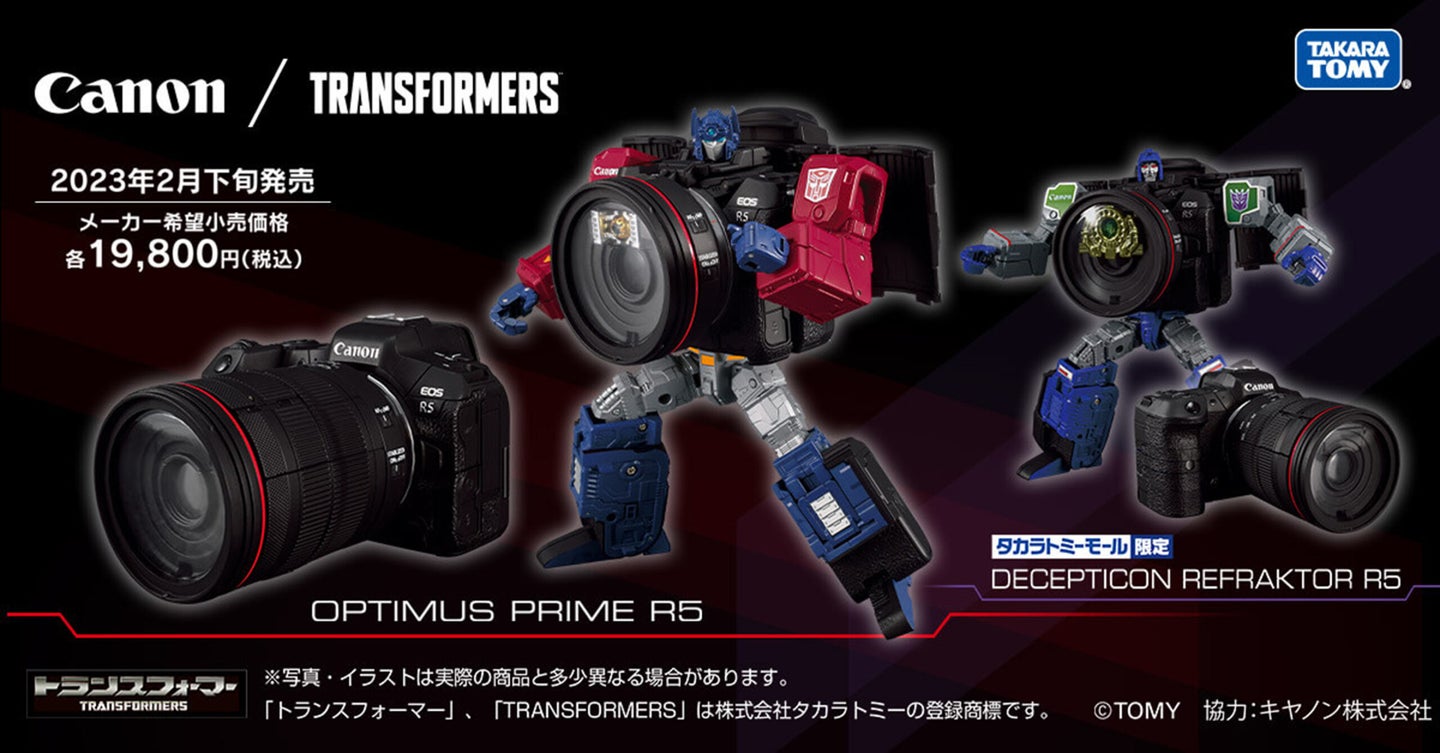 Forget the 45 megapixels, 20 frames per second, focus tracking, and 8k video. We think there’s possibly an even better Canon EOS R5 on the market. Whether you’re a staunch loyalist of the ‘80s Transformers series or prefer the contemporary remakes, there’s a tidbit of news that will delight every fan. Original Transformers creator Takara Tomy is launching a new collectible, which turns beloved hero and Autobot leader Optimus Prime into a Canon camera.

Related: Canon EOS R5 review: What you need to know

The Optimus Prime Canon camera mimics the EOS R5 at an 80% scale. However, the company is very explicit: This is not a working camera. It does, though, act very much like one, with a detachable 24-105mm lens.

When transformed, Optimus Prime uses the lens cap as a shield and wears the Matrix of Leadership on his chest. He’s even equipped with his own mini EOS R5.

For those who prefer a little bit of mischief, another iteration of the Transformers Canon camera features troublemaker Decepticon Refraktor. If you know your stuff, then you’ll recognize him as the original camera transformer. In the franchise, Refraktor morphs from SLR to three bots controlled by one mind. The accessories include the Quantum Dial and a mini camera from the series.

The Refraktor and Optimus Prime Canon cameras are presently available exclusively in Japan through Takara Tomy’s website and retail for about $150. They are set to launch in February 2023, but preorders are open now.