Two new Nikon lenses in development: A fast 85mm and a super-skinny 26mm

Nikon has a high-end portrait lens and a fun, casual pancake lens in the works. 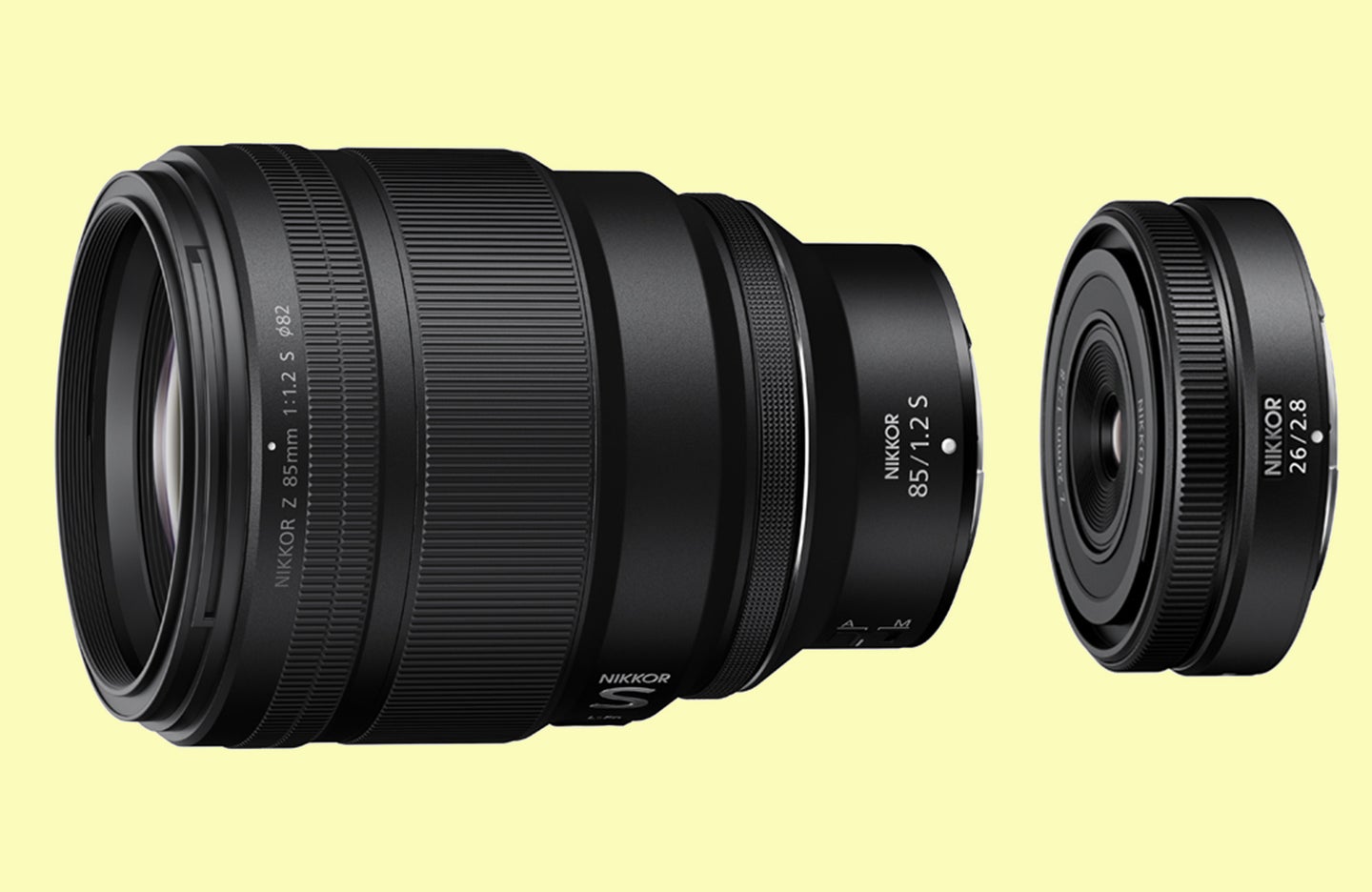 They're different sizes, but they're friends and it's adorable. Nikon
SHARE

Nikon has big plans for its line of Z-mount mirrorless camera lenses over the next few years, and the company just gave us a peek at the next models coming down the line. According to the announcement, the company plans to release a high-end NIKKOR Z 85mm f/1.2 S portrait lens, as well as the NIKKOR Z 26mm f/2.8 pancake lens.

For pros and high-end amateurs, the 85mm f/1.2 is an exciting development. The only native Z-mount 85mm prime Nikon currently offers comes in the form of the $799 85mm f/1.8. It’s a great lens, but many portrait and wedding photographers crave the shallow depth of field and low-light performance that a super-fast 85mm provides. Canon already offers an 85mm f/1.2, and Sony has had an 85mm f/1.4 as part of its G Master lineup for years now. It’s great to see Nikon getting on board.

The 85mm f/1.2 is an S-series lens, which means it will come toting Nikon’s most advanced lens features. That includes its high-end Nano Crystal and ARNEO anti-reflective coatings, its most robust weather sealing, and maybe even its Multi-Focus system, which relies on a pair of AF drives to combat ugly color fringing. That S badge also indicates that you can expect to pay a pro-grade price for it when it hits the market.

The 26mm f/2.8 pancake lens occupies the other end of the lens spectrum in more ways than one. The development announcement doesn’t offer specific dimensions, but the initial image of the new model makes it look absolutely tiny. The 26mm focal length is a slightly curious choice since Nikon already offers a relatively small and light 28mm f/2.8 Z-mount lens. In fact, the company just recently introduced a special edition of that lens designed to look like old manual focus AI-s film camera lenses. Still, we do love a super-flat pancake lens. They’re great for street photography or other times when you just want to run as lean and light as humanly possible. This will likely be excellent.

Nikon’s announcement doesn’t provide any information about pricing or possible release dates, but we’re hoping to see them sooner rather than later.