The new Fujifilm X-T5 offers a lot of quality in a reasonably priced and smaller body. 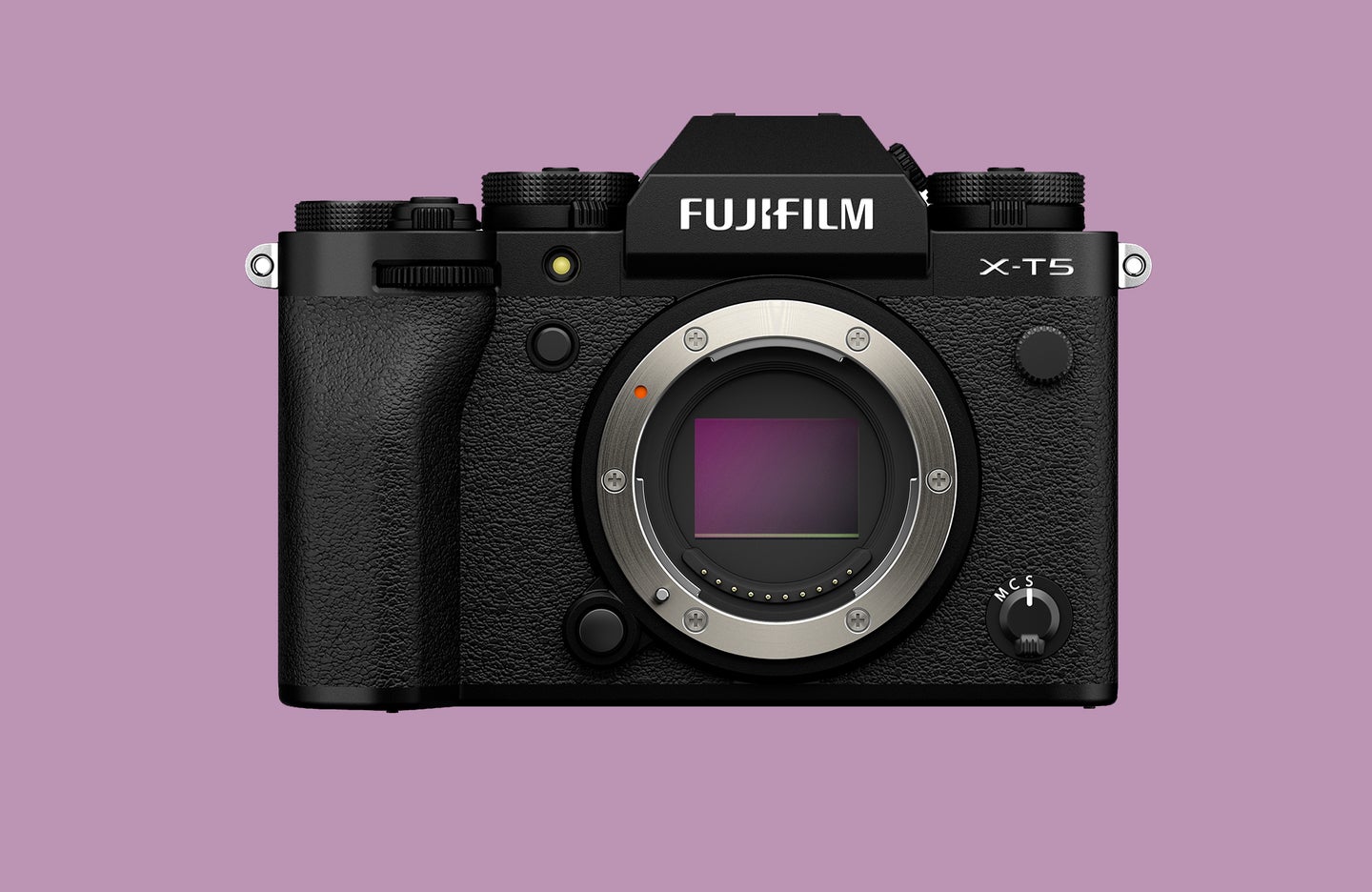 Fujifilm has announced its new X-T5 mirrorless camera. And while the camera itself has shrunk, it has also upgraded almost every aspect of its photographic capabilities. It now shares several features with its big sibling, the flagship X-H2, despite keeping its $1,699 price the same as its predecessor, the X-T4. Here’s a rundown of what you’ll find in Fujifilm’s promising new APS-C mirrorless camera.

The biggest technological jump inside the X-T5 comes in the form of its new sensor. The 40-megapixel chip represents a big leap from the 26.1-megapixel version inside the X-T4. In fact, the XT-5 has the same sensor as the flagship XH-2.

As we’ve come to expect, the XT-5 sensor employs the X-trans color filter array, which gives images from Fujifilm cameras their unique colors and overall aesthetic. The X-T5 includes 19 of Fujifilm’s film emulation modes, which do a surprisingly excellent job of mimicking familiar old film stocks.

Upgrades across the board

Peruse the X-T5 spec sheet, and you’ll find quite a few key upgrades over the X-T4. The viewfinder now offers a 0.8x magnification, which is a slight increase from the X-T4’s 0.75x. The in-body stabilization has also jumped to 7 stops compared to the X-T4’s 6.5.

The X-T5’s screen offers 1.84 million pixels of resolution, up from 1.62 in the previous model. Instead of full articulation, the screen offers a 2-axis tilt mode, which appeals more to photographers than video shooters who need infinite adjustability.

Fujifilm has made some design tweaks to the camera, but the familiar DSLR-style body has stayed mostly consistent. Many Fujifilm shooters consider that a very good thing since the XT-series cameras handle excellently. Lots of tactile controls make the camera easy to navigate without diving into the menus.

You still get a pair of matching UHS-II SD card slots. It lacks the optional CFexpress slot found in the X-H2, but it’s unlikely to need the extra read/write speed due to its somewhat limited video features (more on that below).

The top of the camera maintains basically the same layout, including a dedicated ISO dial on the left side, as well as exposure compensation and shutter speed dials on the right. Fujifilm knows it has a good thing with this design and hasn’t done much to mess with it.

While the X-T5 isn’t a slouch when it comes to video, this is where the X-H2 really differentiates itself as a higher-end model. The X-T5 can shoot 6.2K video at 30 fps with a 1.23x crop or 4K at 60p with sub-sampling. That’s not as robust as the 8K mode found in the X-H2, but more photography-oriented shooters likely don’t need 8K at the moment anyway.

The X-T5 also lacks a dedicated headphone/microphone port. Fujifilm sells an adapter which will add both, but that’s not an ideal solution for creatives who shoot a lot of video.

The X-H2 also has a much higher-resolution electronic viewfinder and a fully articulated touchscreen.

Ultimately, if you’re only worried about photography and only shoot occasional video, the X-T5 will likely offer a very appealing way to save $300 without giving up on much at all.

You can expect the X-T5 to start hitting store shelves in late November for $1,699, body only. A kit featuring the FUJINON XF18-55mm F2.8-4 R LM OIS will cost $2,099, and an upgraded kit with the FUJINON XF16-80mm F4 R OIS WR will cost $2,199. We’re looking forward to putting together a full review when official retail models are available.