Leica's classic film rangefinder is back with some modern upgrades. 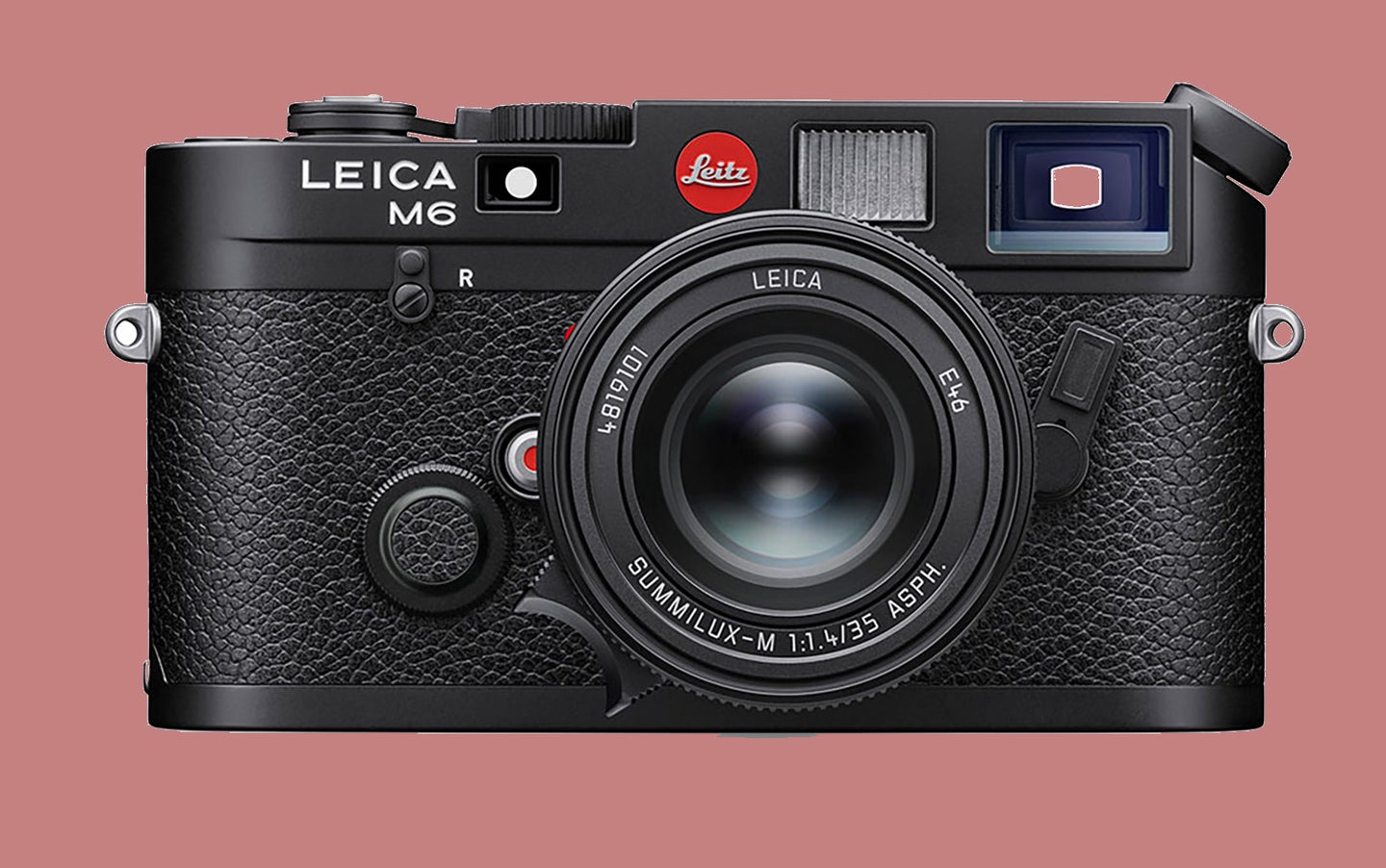 The Leica M6 reissue has the charm and reliability of the original. Leica
SHARE

Leica stopped making the original M6 rangefinder film camera back in 2002 when it introduced the follow-up, the M7. It was a big moment for the company because the M7 introduced a new electronic shutter, which offered some technical advantages (like faster flash sync compared to the M6’s paltry 1/50th setting) over the purely mechanical M6. Many purists still consider the M6 the pinnacle of camera design, and now Leica will once again sell you a brand new one for $5,295.

The last original M6 rolled off the line two decades ago, and since then, it has become both a meme and an icon in the photography world. A solid used copy will currently cost well over $3,000, especially if it has had a recent service. Most of its value stems from its elegant design, super-quiet shutter, spectacular lenses, and repairability. Leica can still service an M6, and parts are readily available, so people keep them forever. But there’s also a healthy bit of hype figured into that price. Photography influencers have sung the praises of the M6 since the early days of the #filmisnotdead hashtag. I specifically remember passing up on an M6 for $1,000 some years back before every film YouTuber made this trusty rangefinder the “it” camera to have.

The best of the best

Leica produced several versions of the M6 during its nearly two-decade production run. The re-released model includes the most desirable features from that span. For instance, the new M6 offers TTL flash metering, which wasn’t available in earlier versions of the camera.

The viewfinder offers a 0.72 magnification, which represents a nice compromise between the 0.58 and 0.85 versions that were also originally available. Those numbers may seem hard to parse for people outside of the rangefinder world, but they essentially indicate the viewfinder’s angle of view. Unlike SLRs, rangefinders don’t show exactly what the lens sees through their viewfinders. Instead, rangefinders include frame lines specific to different lens focal lengths in order to give photographers an idea of what the final frame will look like while still giving them a chance to see what falls outside of their shot.

The new M6’s 0.72 magnification is robust enough to allow photographers to see small elements in the frame, but it’s not so much magnification that wide-angle lenses will require an external viewfinder like the 0.85 models sometimes do. You’ll find frame lines arranged in pairs when you look through the new M6. They cover most of the popular focal lengths, including 28 and 90 mm, 35 and 135 mm, as well as 50 and 75 mm.

While the design stays mostly accurate to its predecessor, Leica has included some modern features. The company says it includes “modern electronics” inside, and the light meter indicator has also been redesigned with a new low-battery indicator. It also now sports a modern ISO dial, which is more in line with Leica’s current cameras. Despite the updates, it will still undoubtedly feel like just about every other M-series rangefinder the company has ever made.

Leicas literally never come cheap, so the new M6’s $5,295 price tag shouldn’t come as much of a surprise. This camera is still hand-made from more than 100 different parts in a German factory. But it’s good to know the company is still making all the parts needed to service the camera, so it should last for decades unless something truly catastrophic happens. Just remember that the $5,295 price doesn’t include a lens. And while you could go with something practical like the $999 Zeiss 50mm f/2 Planar, you could just finalize that second mortgage and drop a cool $12,995 on a Leica 50mm f/0.95 Noctilux.