The Leica M-A ‘Titan’ is a $20K fully-mechanical, titanium rangefinder 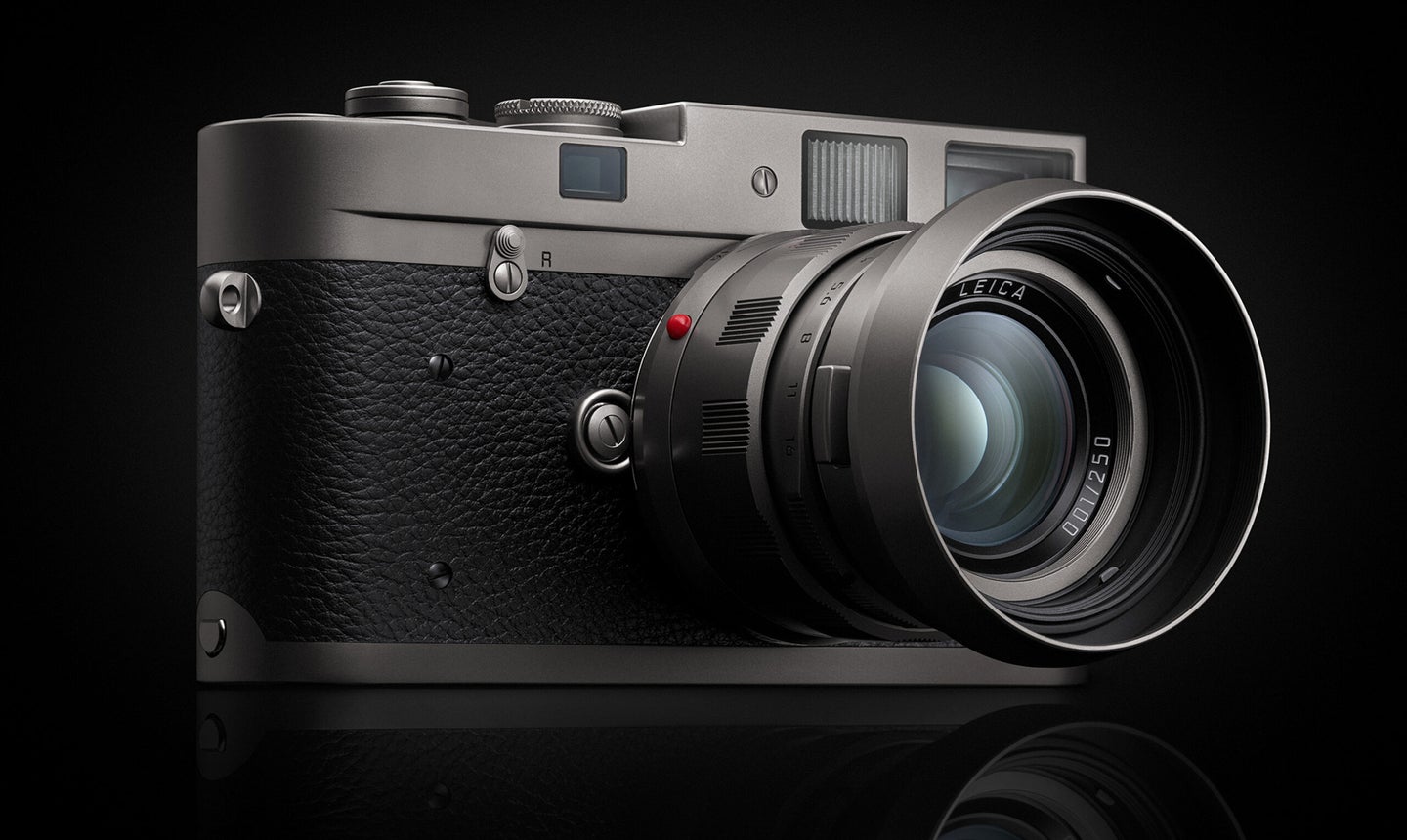 The Leica M-A is a serious throwback camera—despite first being released in 2014. It is entirely mechanically operated—there is no battery, no light meter, and certainly no digital display. The shutter speed (between 1 and 1/1000th of a second) and ISO (between 6 and 6400) are set with physical dials on the camera (the aperture is set on the lens). It’s about as manually operated as it gets.

In the press release, Leica calls it “the epitome of Leica’s philosophy to concentrate on the essential” and “a return to photography in its purest form.” When it was released in 2014, it was Leica’s first purely mechanical camera since the Leica M4-P in 1981.

The matching APO-Summicron-M 50mm lens is modeled on “the very first Summicron-M with a 50mm focal length, introduced in 1956.” Its “unparalleled optical performance… represents the pinnacle of full-frame lens design,” at least according to Leica.

The Leica M-A “Titan” is Leica’s sixth limited edition camera with a titanium exterior. (The first was the Leica M6 TTL “Titanium” in 2001.) Internally, it seems to be a regular Leica M-A. Externally, though, things are a little different.

According to Leica, key components of both the camera and the APO-Summicron-M 50mm lens are milled from solid titanium. A material it says is “known for its exceptional resilience and durability.” This, apparently, “imbues the camera and lens with an even greater solidity, as well as a unique appearance that is impossible to achieve with any other material.”

While this might oversell things a tad, it’s undeniable that titanium looks and feels different from aluminum, brass, steel, or any of the other alloys modern cameras are made from. And it can’t be said Leica didn’t commit to the titanium theme. Even the round lens hood—which is “another element of the set’s classic aesthetic”—is made from solid titanium.

Really, the only thing that seems to have escaped is the special presentation box which is lined with black silk instead.

The Leica M-A “Titan” set is limited to 250 numbered units worldwide. It is available to pre-order for $19,995 from Leica Stores (although it’s already sold out in some locations) and will ship soon. If you can’t get your hands on one, you can pick up a regular Leica M-A for $5,595 and a APO-Summicron-M 50mm f/2 ASPH for $9,095. That’s a full $5,305 cheaper, though you will lose out on some bragging rights and a lot of titanium.