Here’s your chance to own a 1988 Kodak NASCAR

The Oldsmobile Delta 88 is an heirloom of the film era. More importantly, it comes with a fly set of matching Kodak pit crew uniforms for you and your friends. 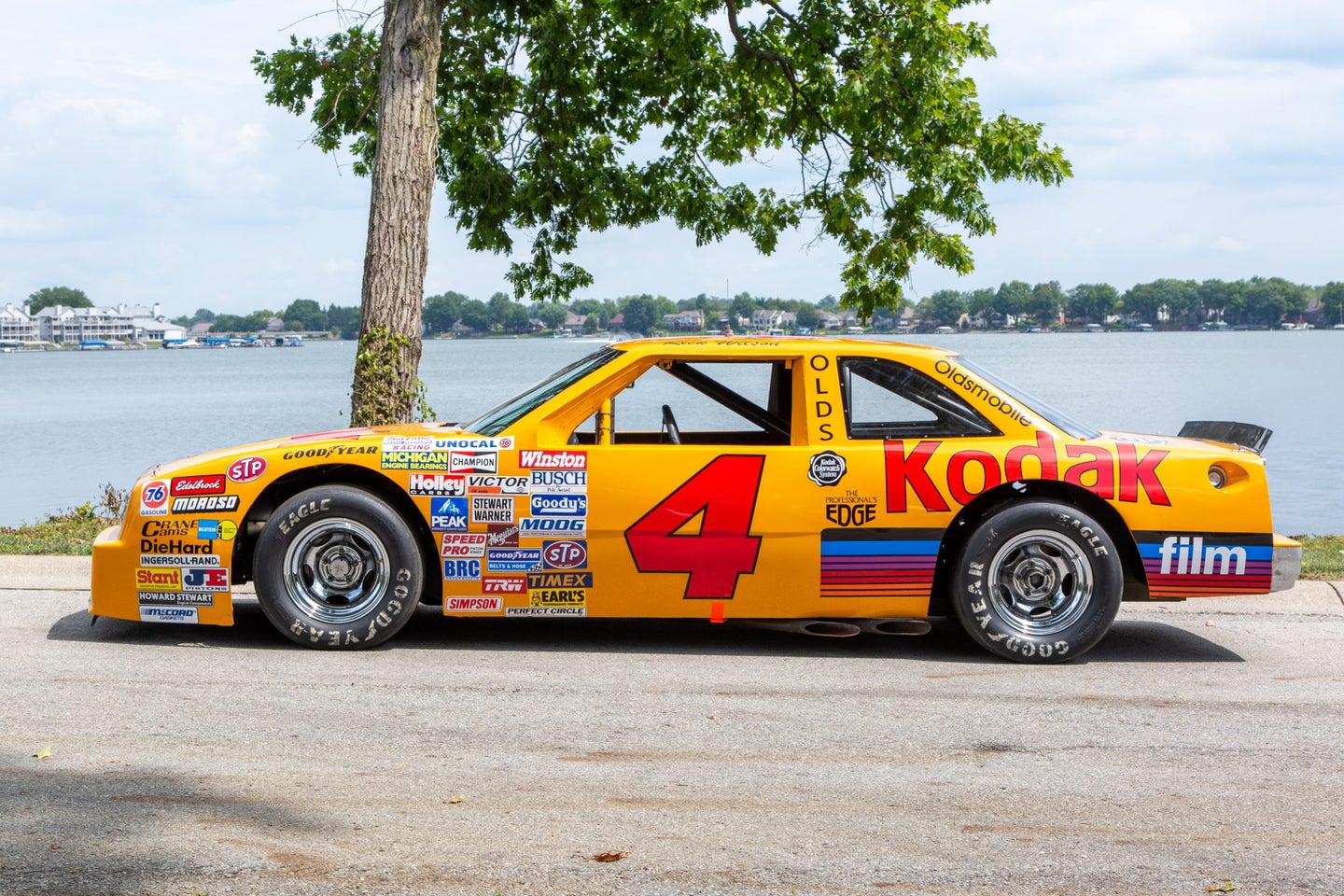 Show your enthusiasm for film photography with this legit 1988 Oldsmobile Delta Kodak Nascar. It comes (nearly) ready to roll, decked out in bold Kodak yellow paint and decals. You also get a whole bunch of vintage Kodak memorabilia and swag, including matching pit crew uniforms—just imagine you and your pals showing up to the local photo walk rocking those—a Kodak car cover, maps of race tracks, and more.

The Kodak NASCAR is currently up for bid on the site Bringatrailer.com with no reserve. As of writing the top bid is $11,000.

About the 1988 Kodak NASCAR

According to the listing, the Kodak NASCAR was “built by Hutcherson-Pagan Enterprises and is said to have been refurbished sometime during previous ownership. Power is from a 358ci V8 paired with a four-speed manual transmission, and the car features steel bodywork finished in a #4 Kodak livery.”

This is a legit retired NASCAR, complete with a roll cage, a single fixed bucket seat, a fire suppression system, and more. The listing also notes that the car sports disk brakes, a rear spoiler, and polished wheels.

Related: Your next electric vehicle battery could be manufactured by Kodak

The racing team Morgan–McClure Motorsports picked up the Kodak sponsorship in 1986 and soon after signed driver Rick Wilson, who would go on to drive this particular model.

Since its heyday on the circuit, the car has had a bit of work done. And in its current state, it’ll likely need some elbow grease before cruising the track again. The seller notes that in addition to some areas of cracking body filler, “the engine has not been started in several years, and [he] advises that the gaskets and piston rings be checked before any attempt is made.”

What you get if you win

The lot also comes with a spiffy set of pit crew uniforms, various extra parts (including a spare seatbelt), an extra set of wheels and tires, a car cover, and of course, the bill of sale. You also get other Kodak NASCAR memorabilia including racing flags, maps of various tracks, paperwork related to actual races, and a supercool February 1987 issue of Stock Car Racing with this exact car on the cover.

As mentioned, the current high bid on the Kodak NASCAR is $11,000 with five days to go. No word on how high the bidding could go but given the lot appeals to a combination of camera nerds, NASCAR fans, and automotive geeks, we suspect it’ll climb up there.

The car is located in Westfield, Indiana, and will need to be picked up (bring a trailer). If you do win it, please give us a shout, info@popphoto.com.