One of Kodak's most popular 35mm films is coming to medium format. 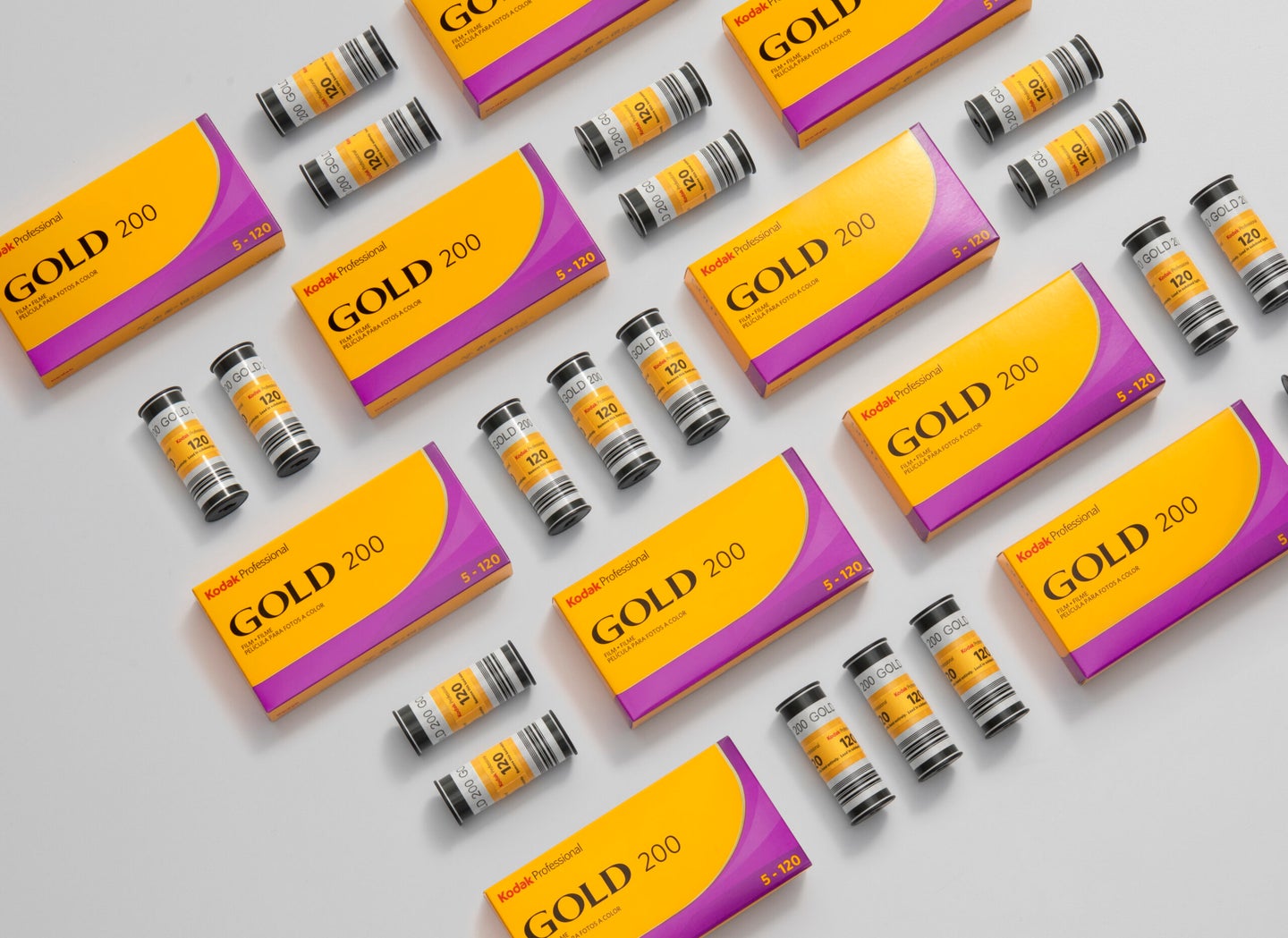 The last few years have been rough for medium format film photographers. First, Fujifilm discontinued its popular Pro 400H film stock due to manufacturing issues, and then film prices jumped considerably across the board. Those price hikes hurt for 35mm film shooters who get 36 frames per roll. But, when you’re only getting 10-16 frames out of each 120 roll, those price tags really sting. Today, though, medium format shooters got some excellent news: Kodak Moments will soon offer its Gold 200 film in 120 format and it will cost up to 25 percent less per Pro Pack than pro-grade stocks like Portra 400.

If you shoot 35mm film, you may already be familiar with Gold 200. It’s a consumer-oriented film that you may have seen at department or drug stores before many of them stopped carrying film. As the name suggests, it’s a 200 speed film with relatively punchy colors and a generally warm overall look. It’s not exactly clear if the new 120 film will have the exact same emulsion as the 35mm variety, but I certainly hope it does because it would fill a gap between the very poppy colors you get with Ektar 100 and the understated tones that come out of a roll of Portra 400. I expect Gold will likely produce more grain than Portra 160, but also more saturation and contrast to go with it.

Because Gold isn’t a professional stock, Kodak says it will come in up to 25 percent cheaper than higher-end film. Right now, a five-roll pro pack of Portra 400 will cost you $60, which makes each roll $12. Five rolls of Ektar 100 costs about $49, which makes it roughly $10 per roll. If Gold 200 can settle around $8 per roll, that should make it extremely attractive to just about anyone who shoots a lot of medium format or even people just looking to try out bigger negatives.

Why make a consumer film in medium format?

Medium format cameras typically cost more than their 35mm counterparts on the secondary market. Plus, they get fewer shots per roll, which means it’s more difficult and expensive to really hone your film shooting skills and practice on medium format than it is with a smaller format. Still, some photographers really like the punch and vibrance that comes from a consumer stock. Combine that with the unique depth-of-field effects that come with a larger negative and you have a unique offering (at least on the current market) that could appeal to a wide range of shooters from high-end pros to people who just wants something relatively affordable to stick in an old, plastic Holga camera.

We should have a few rolls of Kodak 200 120 to try out soon, so we’ll share impressions and sample images as soon as we’re able to get our hands on some of the new stock. I’m personally very excited and hope it sells well. If this flies off the shelves, maybe Kodak will keep up the momentum and bring my personal favorite film, Kodak Ultra Max 400, to medium format. Kodak says distributors can order Gold 200 in 120 now and it should start shipping soon. This isn’t a development announcement like when the company brought back its Ektachrome slide film and we had to wait a long time for it to come to fruition. Gold 200 already exists and is ready to head out into the world and I can’t wait to shoot it.