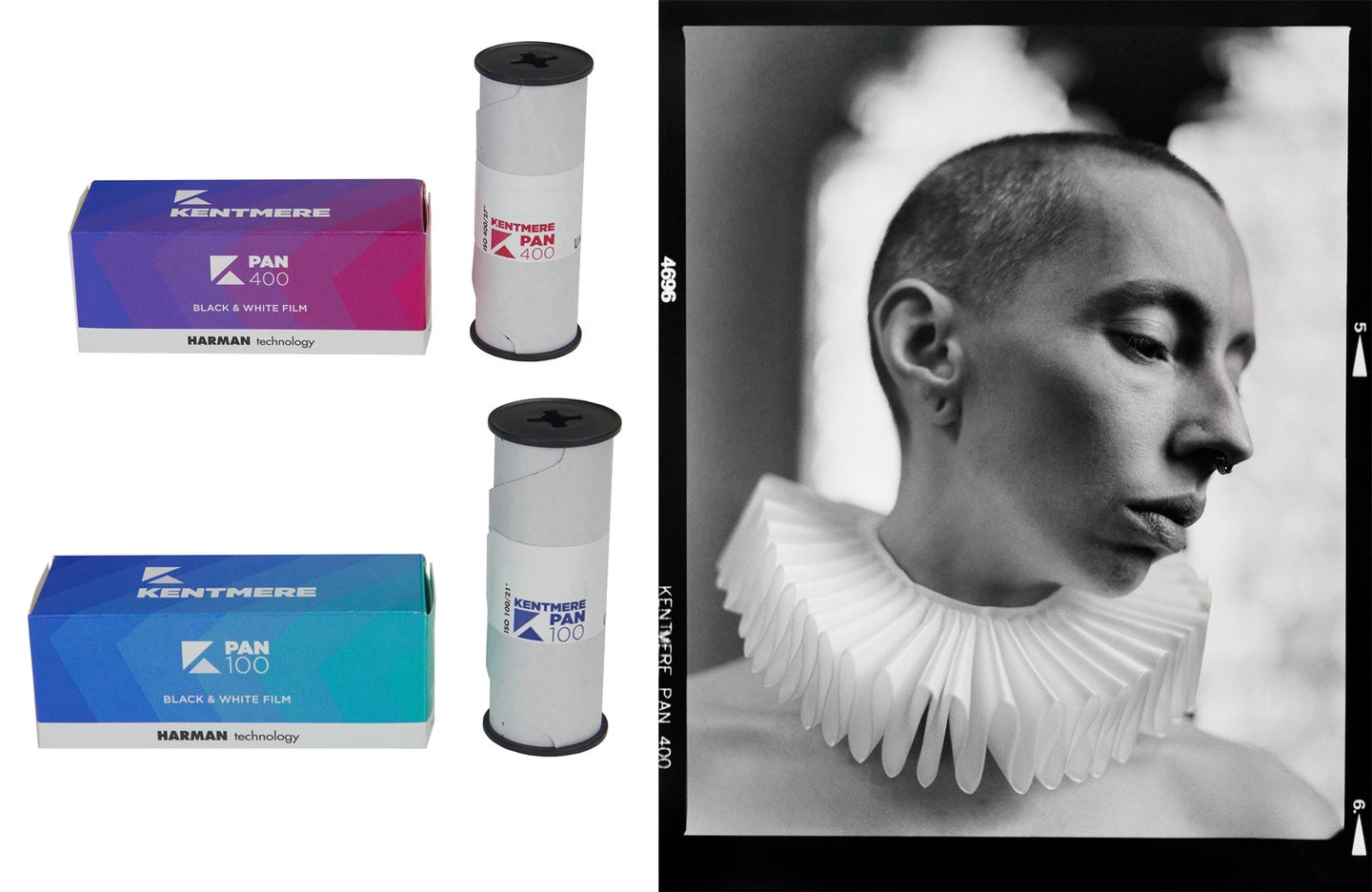 Film has gotten expensive in recent years. Even stocks once known for their affordability have taken noticeable leaps in price thanks to availability issues and supply chain concerns. Now, however, Harman (the company behind Ilford films) has announced that its affordable Kentmere Pan 100 and Pan 400 films will be available in 120 medium format at a fraction of the price that other stocks typically cost. Both stocks were already available and popular in 35mm, but they weren’t available to medium format shooters.

Kentmere Pan 100 is a relatively slow, fine-grain film with medium to heavy contrast. Despite its slow rating, it has a relatively wide latitude and can push a few stops if the situation requires it. Kentmere Pan 400 is a faster film with more grain and slightly less contrast than the 100-speed version. From what I’ve seen in the sample photos, I actually prefer the 400-speed version because of the extra grain. I also appreciate the flexibility that comes with a higher-speed film.

While both stocks can produce excellent images, they’re meant to address a budget-minded market segment. At the time of writing, Ilford’s popular HP5 black-and-white film costs nearly $9 per roll. Kodak’s iconic Tri-X 400 costs nearly $10 per roll and is often only available in five-packs for around $50. Both Kentmere stocks, however, retail for $5.80 per roll of 120 film. Depending on the camera, a 120 roll will get between eight (with a 6×9 camera) or 16 (with a 6×4.5 camera) frames.

We’re big fans of newly available film of just about any variety, but new cheap film is even more exciting. We’re looking forward to trying out a few rolls in the coming weeks to see if it lives up to the 35mm version’s reputation as a stock that performs well above its price tag.