The Godox Lux Junior is a sleek, old-school-style manual flash for $69

Available next month, the flash should play nice with most cameras, film or digital. 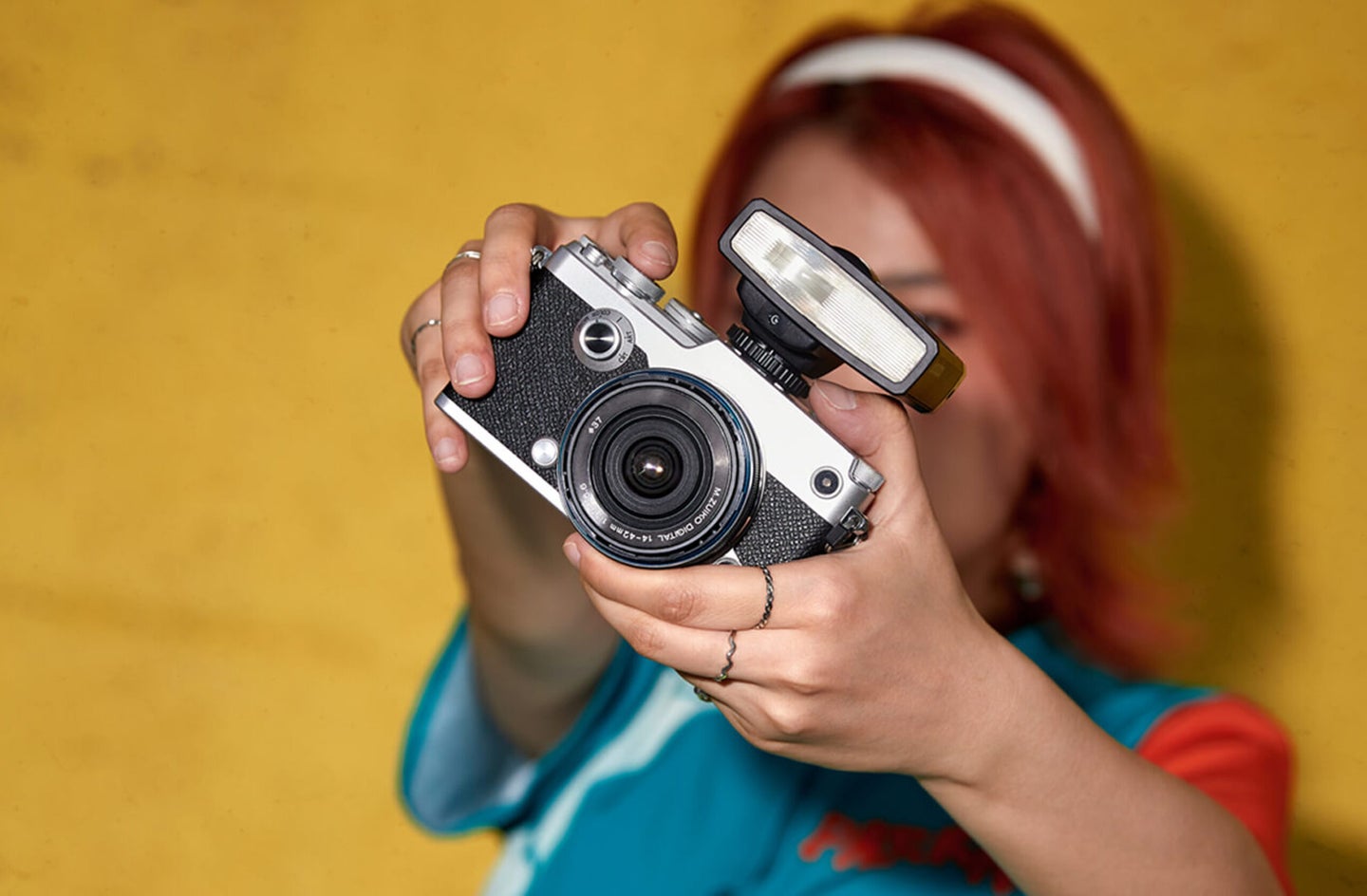 Godox has announced the Lux Junior, a retro-inspired on-camera flash that will sell for just $69 when it becomes available next month. It looks small, fun, and easy to use.

Related: How to take good pictures in bright sunlight

The Lux Junior is inspired by classic on-camera flashes from the 70s and 80s rather than the more modern speedlight designs you see wedding and event photographers use today. At just 2.9-inches by 2-inches by 2.8-inches and weighing ~4.6 ounces, it’s a lot smaller (and less powerful) than something like a Canon 600EX II.

And while we don’t expect it to produce light that’s as soft or flattering as higher-end speedlights, Godox seems to be leaning into the idea that photographers using it should “go rogue” and “forget about the rule or the standard, and just click the shutter and enjoy the moment.”

As long as you aren’t expecting $500-level flash results, you are unlikely to be disappointed.

The Lux Junior uses a simple dial to set the flash power. There are seven power levels, ranging from “Full” (1/1) down to 1/64; these correspond to various distance, ISO, and aperture combinations. For example, if your subject is around 10 feet away (3 meters) and your ISO is set to 200, you can use full power at f/5.6, 1/2 power at f/4, and so on.

There is also an Auto mode that defaults to f/2.8 at ISO 100 if you don’t want to worry about the faff of dialing in your settings.

If you want to use Lux Junior in combination with other flashes, there are two Optical Modes. Setting 1 (S1) fires in response to another flash, while Setting 2 (S2) ignores pre-flashes.

Although Godox says the flash is compatible with digital cameras from Fujifilm, Canon, Nikon, Olympus (OM-Digital), and Sony, since it uses a generic sync cable, it should really be compatible with most film and digital cameras. If you want a fake-vintage flash to go with your real vintage camera, this could be a good one to try.

Similarly, the Lux Junior takes two AAA batteries which you can buy pretty much everywhere. Of course, running on a couple of TV remote batteries means this isn’t the most powerful flash out there. But with a guide number of 12, it also no slouch and should be effective at reasonably close distances.

In terms of color temperature, Godox says the output should be 6000±200 Kelvin.

The Godox Lux Junior is unlikely to win any awards, but it looks like it should be easy to throw in a bag and fun to use. At $69, it’s also very cheap. Sure, it’s made of plastic with “classic sliver accents” and a fake-leather “exquisite texture” on top, but that just adds to the silly appeal.

If it appeals to you as well, you should be able to pick one up in mid-August from major camera stores.