Hot on the heels of a massive price hike, Fujifilm announces a shortage of 120 slide film

Due to issues sourcing materials, Fujifilm has announced a shortage of Fujichrome Velvia 50, Velvia 100, and Provia 100F. 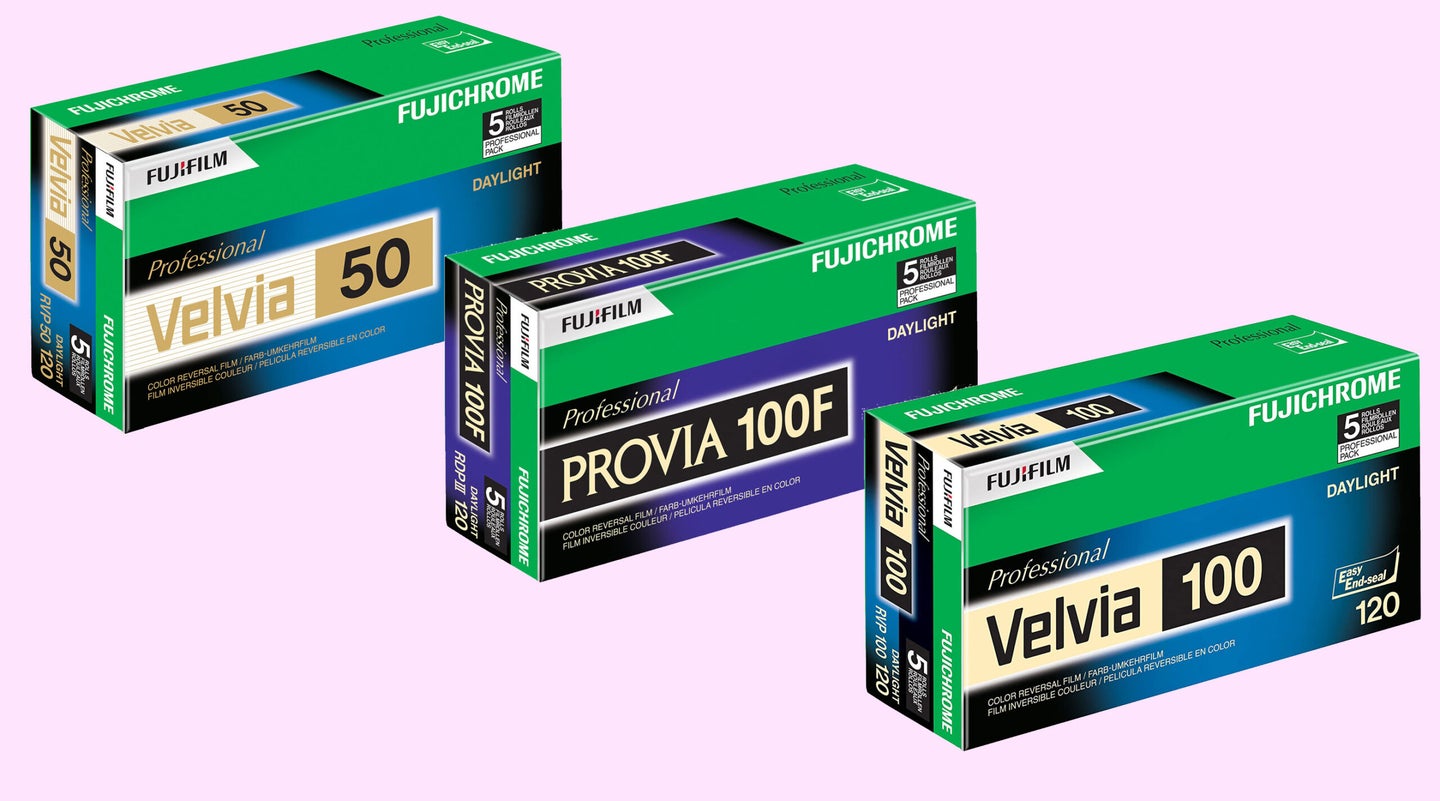 The above three films are impacted by the announcement. Fujifilm
SHARE

Sorry Fujifilm film shooters, more bad news: Hot on the heels of a hefty price hike announcement, the brand has revealed an impending Medium Format slide film shortage caused by supply chain constraints. Color-reversal film enthusiasts will have to hang tight, stock up, and practice patience as the brand’s 120 format film is projected to be in short supply for the foreseeable future.

“It is difficult to supply sufficient products due to insufficient procurement of raw materials, and the supply and demand is expected to be tight for the time being,” the company wrote on its website.

Where to find some before it’s too late

We checked with three major US-based retailers to see if we could still snag rolls of any of the above-mentioned stocks and came up nearly empty-handed. Both B&H and Adorama list the films as back-ordered. That said, Amazon did have a handful of Provia 120 five-packs available from a third-party seller for ~$20 above the current going rate ($85).

On the other hand, our local camera shop—Glazer’s Camera in Seattle, WA—has both Velvia 50 and Provia 100 in stock. So it’s definitely worth looking local first if you’re on the hunt!

The shortage follows on the heels of a dramatic price hike

The announcement comes about a week after the brand acknowledged plans to increase film prices later this month by as much as 60%. Photographic paper, processing chemicals, and other print products and services will also see price increases, some by as much as 94%.

“Fujifilm Imaging Systems Co., Ltd. responded to the recent rise in raw material prices, transportation costs, etc., as well as the decline in demand for photographic-related products,” its website shared. “We have made every effort to absorb costs by improving production efficiency and reducing costs, but since it is difficult to absorb costs only by corporate efforts, we will implement price revisions.”

Can you still shoot film on a budget?

With shortages and skyrocketing prices, some may ask, “is it even worth it to shoot film anymore?” We say yes! In fact, it’s still totally possible to shoot film on a budget, though you may have to settle for more affordable stocks than Provia and Velvia.

In this article, we break down three ways you can save a little money and still indulge your analog appetite. (Spoiler: For the price of a new Nikon Z7 kit, you could shoot, develop, and scan a roll of 35mm per week for 12 years—how about that?)

So hurry and stock up if your film of choice is on the list of impacted products, and remember to #staybrokeshootfilm.