Get one of the most powerful video editing tools for free on modern iPads. 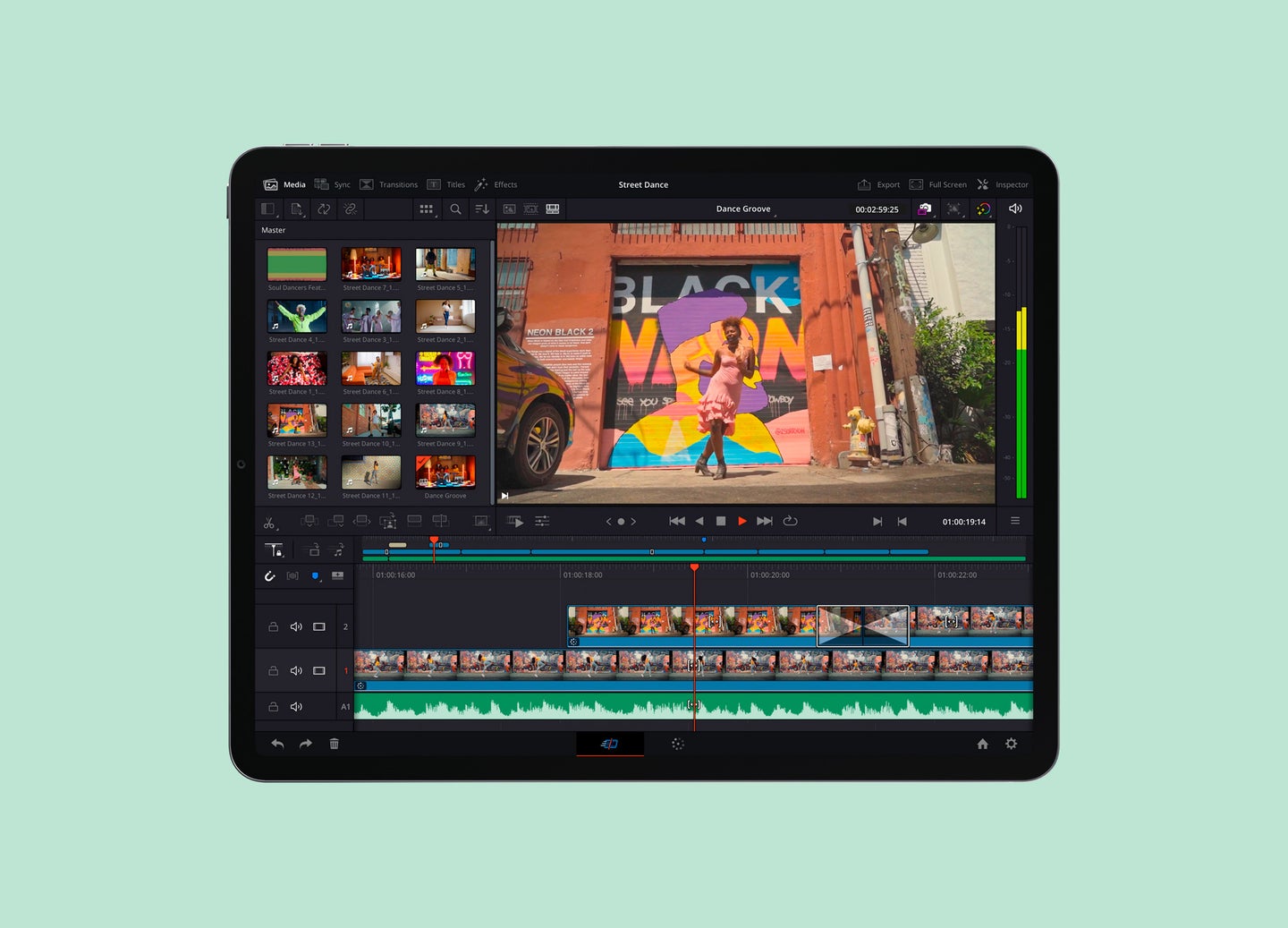 Apple announced a new M2-powered version of its iPads earlier this year. As part of that announcement, the company also included news regarding Blackmagic Design bringing its powerful (and mostly free) DaVinci video editing software to Apple tablets before the years is out. Now, just a few days before the dawn of 2023, you can download the iPad version of Davinci Resolve from the App Store.

What is Davinci Resolve?

Despite its free price tag (you can pay extra for more functionality and utilities), Davinci Resolve is one of the most powerful video editing programs available. It combines both color grading and clip editing into the same piece of software. While it certainly has a learning curve—as most video editing programs do—Resolve has a very high ceiling when it comes to overall performance. In fact, it has been responsible for the color grading in big-budget Hollywood films.

The iPad version integrates just about all of the same tools that you’ll find in the desktop version. It’s compatible with both M1 and M2 iPads, but won’t work with older models running Apple’s A-series chips.

While this program will work for basic photo editing, it’s worth noting that it’s capable of handling truly high-quality footage. It can export 4K video at 60fps and edit advanced formats including Apple ProRes and Blackmagic raw. Because the newer iPads come toting USB-C ports, it’s simple to add fast additional storage and edit from a portable SSD without worrying about the iPad’s limited internal storage.

If you want the more advanced features that come with the Studio version of Davinci Resolve, you can pay a one-time $95 fee to upgrade. The Studio version typically includes some performance upgrades due to GPU acceleration, but it’s unclear until we’ve done some testing whether that’s the case with the iPad version.

I’m looking forward to spending some time with the new Resolve iPad release over the holidays. It’s a truly powerful program and I hope the iPad port lives up to the high standard set by the desktop version.