'Excuse me, sir, I don't think you're supposed to be standing there.' 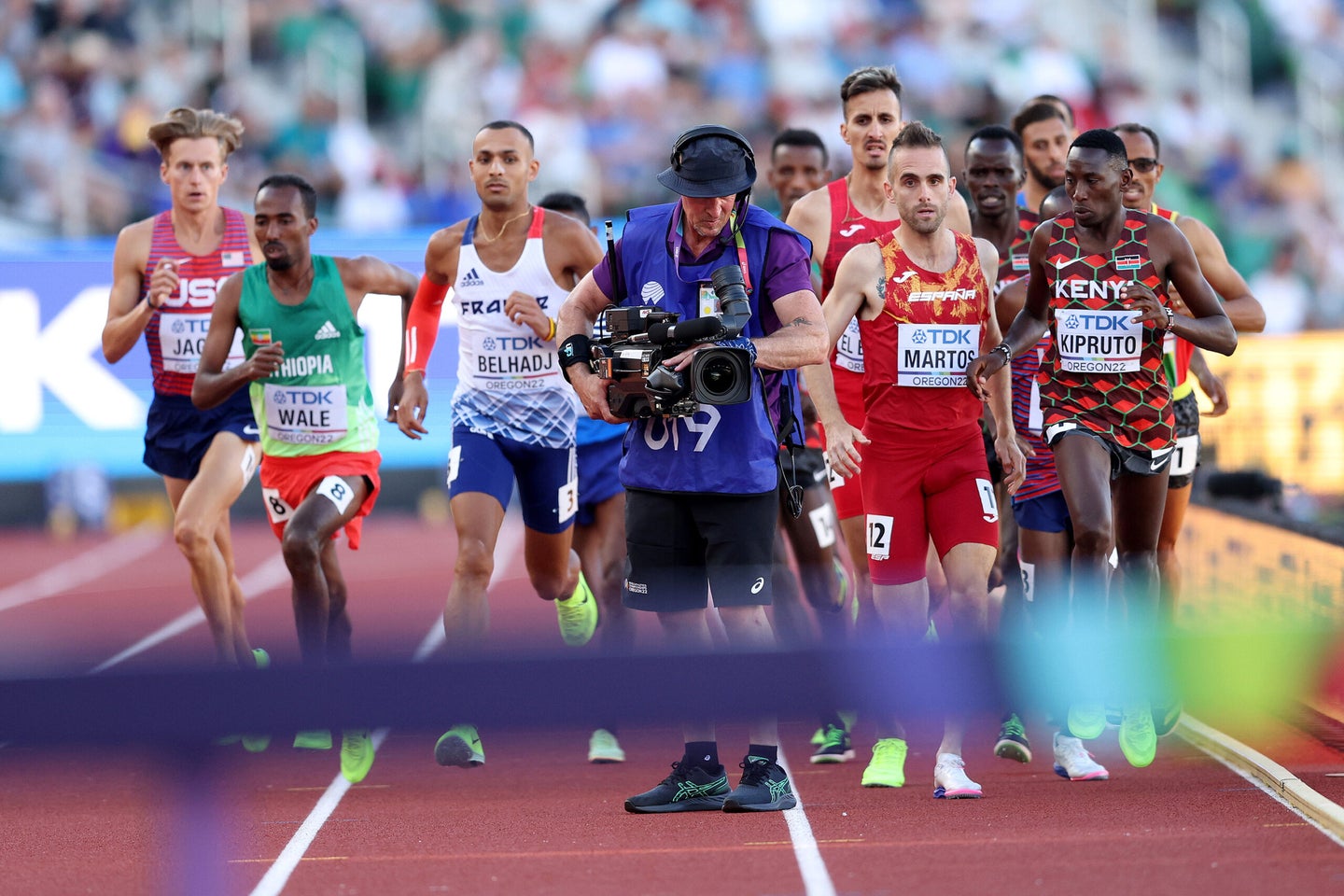 Athletes in the Men's 3000m Steeplechase Final run around a cameraman on the track. Patrick Smith/Getty Images
SHARE

A cameraman accidentally added an extra obstacle to the men’s 3,000-meter steeplechase final at the World Athletics Championships in Eugene, Oregon this week. The camera operator caused chaos for the 15 athletes when he meandered onto the track mid-race.

Related: Tips From the Pros: How to Shoot the Olympics

And it’s not as if steeplechasers don’t have enough to deal with. Over the three-kilometer course, the athletes normally have to hurdle 28 three-foot barriers and splash through seven water pits all while maintaining a roughly 4:30/mile pace. This time, though, they also had to swerve around the camera operator standing in lane two.

But why was the camera operating standing on the track in the first place? According to reports, he was getting shots of a different event, the women’s triple jump competition, happening simultaneously on the infield of the track.

Thankfully, no injuries to report

On the live commentary, US athlete Kara Goucher summed things up perfectly, saying, “That is a big, big mistake there.”

Thankfully, the as-yet-unnamed camera operator didn’t injure anyone or even interfere with the race too much. In the video above, you can see he remains entirely intent on his job and oblivious to the screaming runners bearing down on him. The pack of 15 visibly annoyed athletes split either side of him without breaking stride. (Getty Images photographer Patrick Smith captured a great photo of the moment, above.)

After the race, US athlete Evan Jager, who placed sixth, told the New York Times, “I was a little worried that he was going to dart one way or another, right at the last second but thankfully he didn’t realize we were there until we all passed him.”

Despite the extra obstacle, Olympic champion Soufiane El-Bakkali of Morocco won the race in a time of 8 minutes 25.13 seconds. According to the Times, he “rocketed” out of the final water pit to finish strong. Lamecha Girma of Ethiopia took second and Conseslus Kipruto took third to round out the podium.

While the camera operator was thoroughly mocked online, we’re sure he got a slightly more serious talking to from the producers. Hopefully, he at least got the shots of the triple-jump that they were looking for.

Though really, screw-ups like this just go to show that even professionals working at important sporting events can make the occasional utterly idiotic mistake. I’m just glad that most of mine don’t happen on television.