The indie game—first launched in 2016 for PC—will soon be available in the Playstation Store. 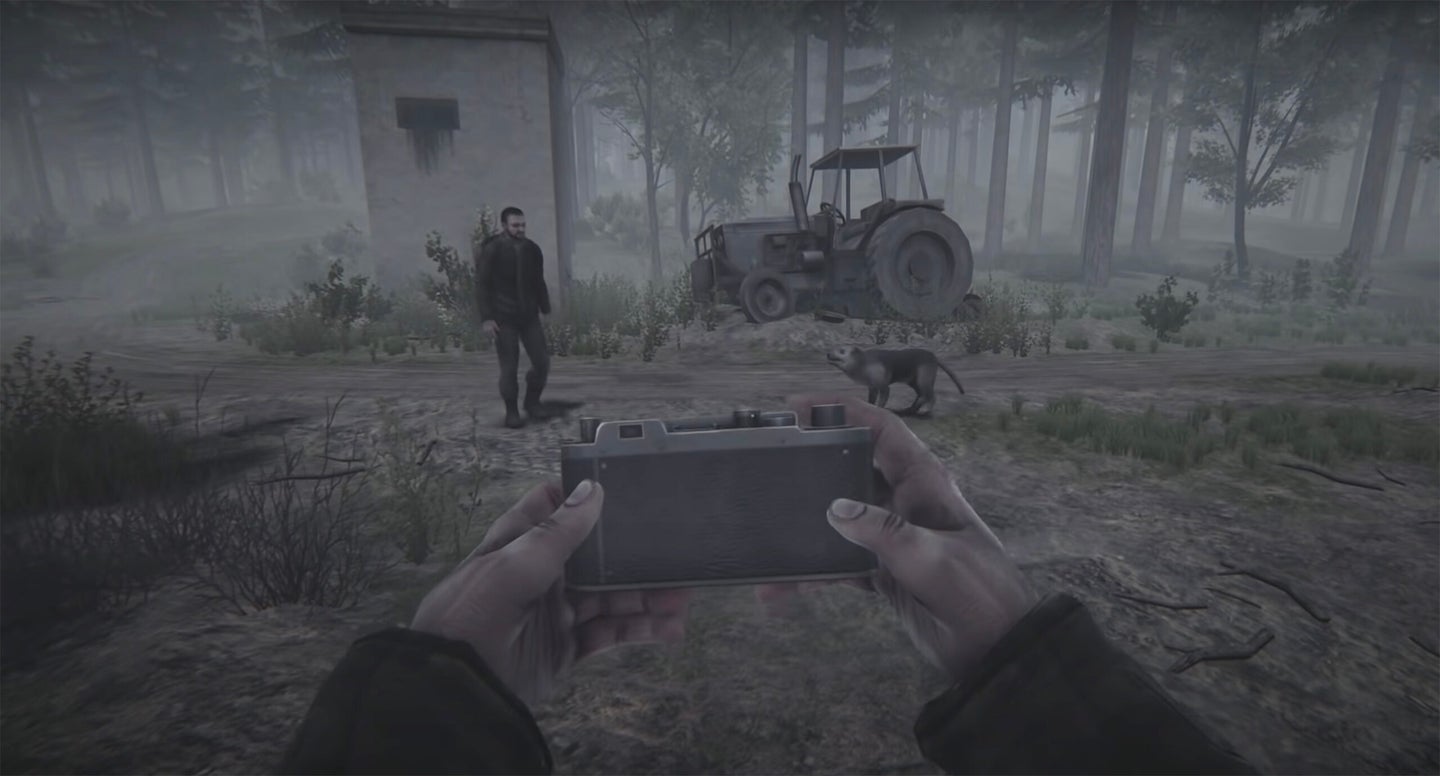 A post-apocalyptic photography videogame called 35mm is coming to the PlayStation 4 on March 2. It originally launched in 2016 on the PC, so here’s all you need to know about the PS4 port.

From the title, you can probably guess that photography is a big part of 35mm’s gameplay. Though, if you’ve watched the trailer above, you’ll have noticed that it’s no fashion shoot.

According to the official Steam description, 35mm is a “post-apocalyptic story about two travelers who set out on a long journey in the wasteland, left by people after the global epidemic.” (This all rings a little too plausibly to me right now.)

Gameplay-wise, 35mm is a first-person adventure survival horror game so, as well as taking photographs of a post-apocalyptic wasteland, you need to collect supplies, explore various deserted towns and cities, and investigate how everything came to pass.

Is it any good?

For what is apparently a (badly) translated Russian independent game, reviews of 35mm are surprisingly positive. In fact, the plot details in this write-up are pretty sparse because all the reviews I could find basically said the mystery and story were too good to spoil.

Rock Paper Shotgun said that while 35mm is “janky at times”, it’s “magnificent” and “something special.” In particular, the review praised the game’s attention to detail, unpredictability, and film-like story beats.

PC Gamer was a little less glowing, calling it “a deeply flawed post-apocalypse tale with a ton of heart.”

I’m personally going to check it out.

What about the photo-taking?

The main character carries some kind of 35mm rangefinder—perhaps a Zorki. You can see it in use in the trailer, but seemingly when you press the shutter button, time pauses. Then, you can adjust the angle of view, focal length, depth of field, and exposure, before saving your shot.

These camera options may not be quite as robust as those offered in some AAA titles like God of War and Spider-Man, but they look functional enough to me. How they work into the plot of the game, you’ll have to find out for yourself.

Otherwise, 35mm will be available to download on PlayStation 4 (and presumably through backward compatibility, the PlayStation 5) on March 2, 2022. Although the price hasn’t been announced yet, it’s a short (three to five hours according to Rock Paper Shotgun) five-year-old independent game that sells for less than ten bucks on Steam. Presumably, it won’t be too expensive.