The results are not good 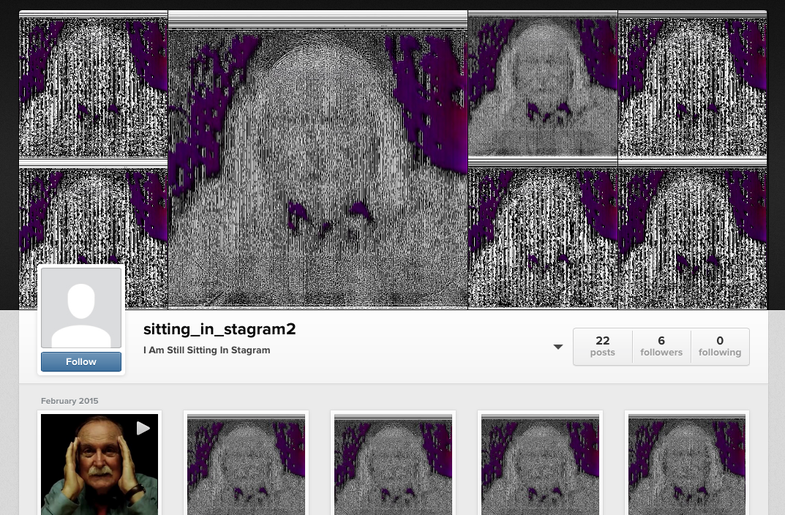 There are some photography buffs out there who believe the simple act of uploading a photo to Instagram immediately degrades it. In a way, they’re actually right, in that the actual photo file is compressed and manipulated to fit into the Instagram infrastructure.

Artist Pete Ashton wanted to demonstrate this fact, so he decided to take a page from the book of another artist, Alvin Lucier. “I Am Sitting In a Room” is a project done by Lucier decades ago where he said a short monologue into a recorder, then played it back in the room, re-recording it over and over again. As it degraded, it became less and less recognizable as a human voice. And basically, the same thing happens here, only with a photo rather than an audio recording. In fact, Pete’s project is actually called “I Am Sitting In Stagram.”

It’s important to note that Pete hasn’t added any of the controversial Instagram filters during this process. He’s simple uploading, screen grabbing, then uploading again until the compression artifacts and degradations leave it a complete and total mess.

It’s interesting to watch in a highly time-compressed video like the one below. But, you can also see each image as it was posted to Instagram.

If nothing else, the whole thing is a nice reminder that there are lots of things out there waiting to steal your precious image quality before your photos get online.