Smithsonian displays the camera that recorded “one small step for man” 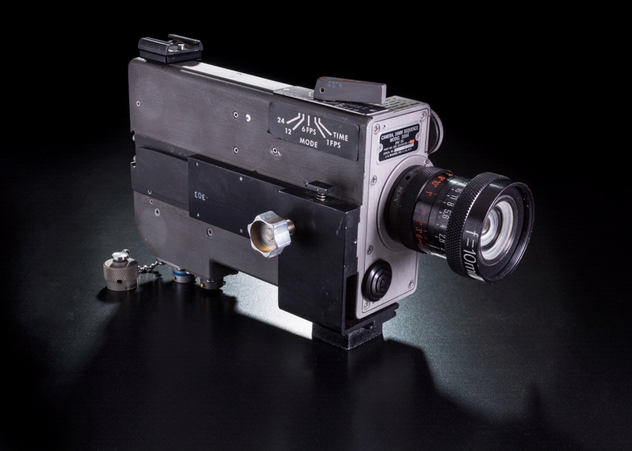 July 20, 1969, Neil Armstrong became the first man to step foot on the moon. Along with his massive accomplishment and scientific advancement, Armstrong also left behind a host of physical artifacts.

Allan Needell, curator in the Smithsonian’s Space History Department, recently published a blog post detailing the discovery of some artifacts found in his closet after his death.

In 2012, his family contacted The Smithsonian National Air and Space Museum about the objects he had left behind. The museum originally collected items from Armstrong’s home office in Ohio. Following that visit, Armstrong’s widow, Carol, reached out to the museum again about another discovery she had made.

Carol had found a white cloth bag in one of Neil’s closets, and had looked inside to discover it was filled with assorted items that appeared to have come from a spacecraft.

In order to confirm that this bag was indeed present in the Lunar Module Eagle on the historic Apollo 11 mission to the moon, the museum enlisted a team of experts to investigate the items.

The bag is known as a McDivitt Purse, which opens and closes like a purse and was used in the Lunar Module during launch. The experts concluded that the bag was indeed authentic, and was meant to be left behind after the mission was complete.

Two of the items from the bag are now available on display in the temporary “Outside the Spacecraft: 50 Years of Extra-Vehicular Activity” exhibit.

One of these items, alongside a waist tether, is the 16mm Data acquisition Camera that recorded the landing and Armstrong’s iconic “one small step.” The camera was mounted in the window of the Eagle to record the mission.

The Smithsonian plans to continue documenting the items and hopes to eventually catalogue and display the bag in its entirety.