What Would Happen If You Printed Every Instagram Photo From a Whole Year?

It would make a tall pile. A really, really tall pile. 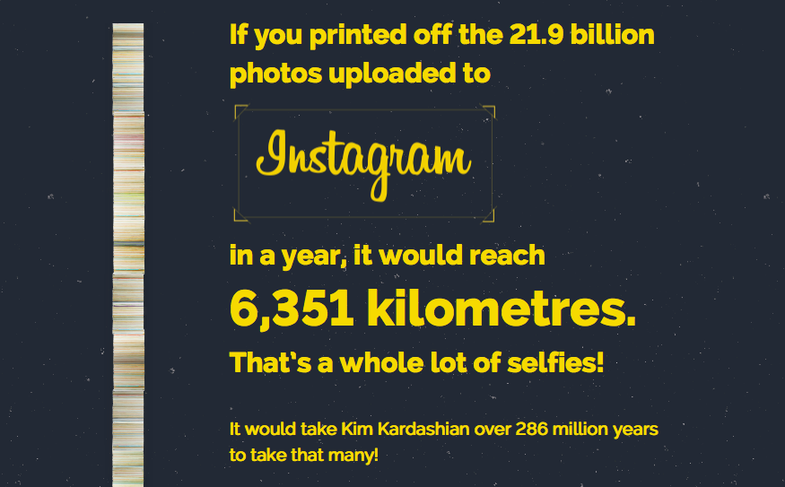 Instagram has been a force in the photography world for a while now, and it doesn’t really seem to be slowing down. The folks at Photoworld.com put together a clever visualization that triest to put the crazy number of photos being uploaded to Instagram into perspective.

The animation and the visualiziation are actaully great, but unfortunately, it’s still a bit hard to grasp just how many photos we’re really dealing with. The numbers get out of hand so fast that it’s a little staggering.

According to the Instagram press page, they get about 60 million photos every single day. And over the life of the service, they have had more than 20 billion photos shared in total.

I’ve heard some people use these stats to suggest that photos are becoming less significant–that the sheer volume of photos is dilluting their impact beyond repair. I can see where that argument is coming from, but I still think it’s great that people are so interested in sharing photos. And sharing one image that affects a person you care about should be more than enough of a reminder of how much photos really do matter.