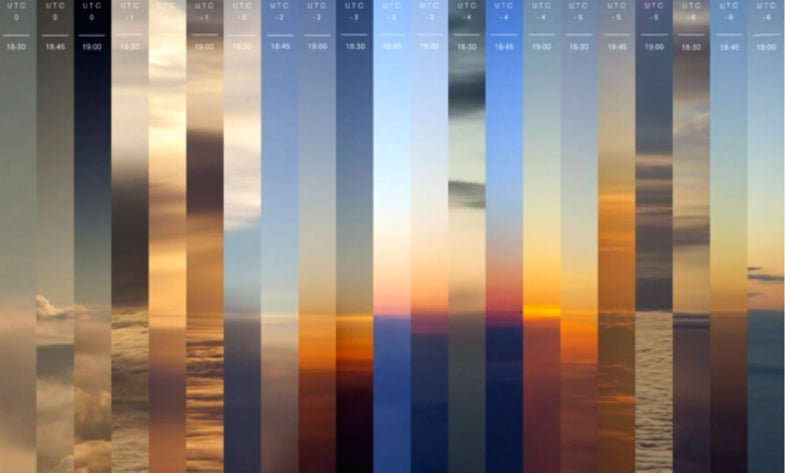 “I never thought I would make a series of work about sunsets,” says British photographer Simon Roberts. That was until the watch brand Citizen approached him with the awe-inspiring concept of freezing time even before the release of his shutter. Alongside former NATO pilot Jonathan Nicol, he was commissioned to put a new watch that has the ability to determine and adjust to the time zone to the test by literally chasing the sun around the world.

“The thing about the sunset is that for every second that it is happening something is changing, something is shifting,” Roberts says. “Here is idea that took it to the edge of what is possible.”

Their task was to stay constant in flight above the Earth opposite of its rotation to have times zones come to them. “In effect living in the same hour for as long as we could,” explains Michael Farr, executive creative director of the agency that developed the idea.

As the video below shows, with a ton of calculation and precise execution, the photographer and pilot made the dream of a never-ending-sunet, which many looking out the widow of an overnight flight have had, approach reality.