Combining 40 years of work into a $2,500 book that comes with a tripod 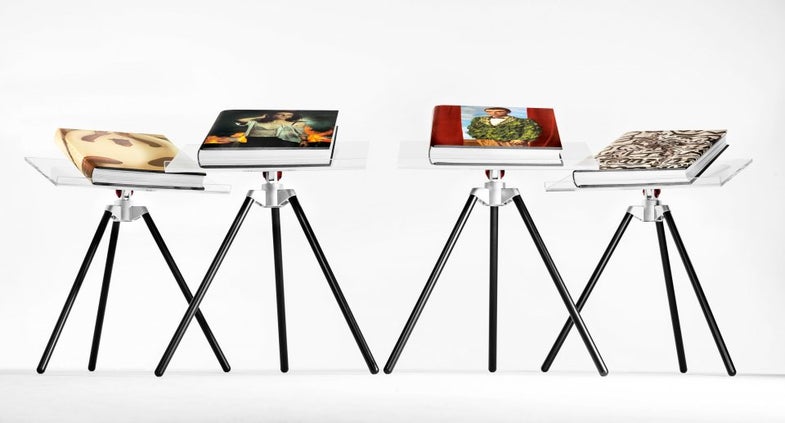 Annie Leibovitz is one of the most storied living photographers, whose decades of work in fashion, celebrity and editorial photography have given her an unparalleled corpus to pull from. Now, in conjunction with Taschen, a self-titled art book has been produced that covers her entire life of work, runs 476-pages long and comes with a special tripod to sit it on.

The book has been in the works for a number of years, with Leibovitz working with Taschen to compile some of her most powerful and famed images from 40 years in the industry. The massive collection is bookended by “Richard Nixon’s helicopter lifting off from the White House lawn after he resigned as president in 1974 and the formal color portrait of Queen Elizabeth II taken in a drawing room of Buckingham Palace in 2007.”

Clocking in at 19.7×27.2 inches, as you might expect from an art book of this size, it doesn’t come cheap: 9,000 Collectors Edition copies will be made available for $2,500. This version comes with your choice of one of four different dust jackets, with pictures of either Whoopi Goldberg, Keith Haring, David Byrne or Patti Smith. It will also include a supplementary book of essays and descriptions of specific photos. But the crowning touch? A tripod book stand designed by Marc Newson.

For those willing to invest even further, you can pre-order the Art Edition, which will go for $5,000, and only 1,000 will be produced. It comes with all four dust covers and a signed print of her image Keith Haring (contact sheet), New York City, 1986 .

Taschen has produced oversized books like this before and for people who have the funds, it’s one of the only ways you can have art of this size, bound and in your home.