An amazing site from a unique vantage point 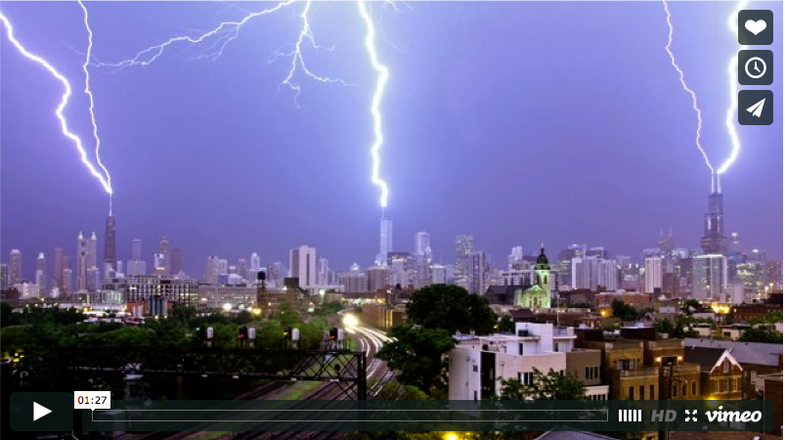 The weather has been crazy lately in many parts of the US. As a result, there have been more awesome sky photos lately than we have seen in quite a while. Craig Shimala, however, capture a very impressive image of three simultaneous lightning strikes on the Chicago skyline while shooing a time-lapse.

The tallest buildings in the city are, quite literally, lightning rods, so it’s not surprising that they get a lot of strikes. But still, getting a shot with all three hits at the same time is the kind of stuff many photographers dream of.

Have you gotten any great lightning shots this year? Share a link in the comments!