No flash and a dim screen is all it takes 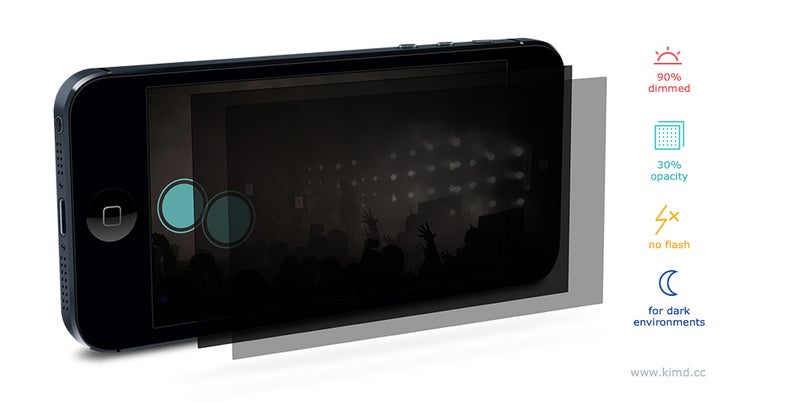 If you’ve been to a concert any time in the last five years, you’re probably watched most of the show through a sea of smartphones, held up by other concert-goers determined to take blurry photos and jiggly videos of your favorite band. Kimd is an app that aims to fix that—and while it won’t make your actual images look any better, it will make it a lot less annoying for everyone around you.

The app itself is impressive in its simplicity. When you launch it, it dims the screen way down, and disables the flash. You tap the screen to take a photo, tap and hold to record a video. Swipe to access the library. All told, an incredibly straightforward—but it deals with a very relevant problem, all those people with their screen brightness on max, trying to take photos.

Sure, you can do most of this yourself. You can manually make sure your flash is off, that the screen brightness is turned all the way down, and that it won’t automatically brighten itself for any reason. Or, you could just launch a simple app. Which do you think is easier to remember to do when in the middle of a crowd dancing along to your favorite act?

Just be careful not to drop your phone while you’re trying to get that shot. Happened to me at the last concert I went to, and I almost lost it for good.