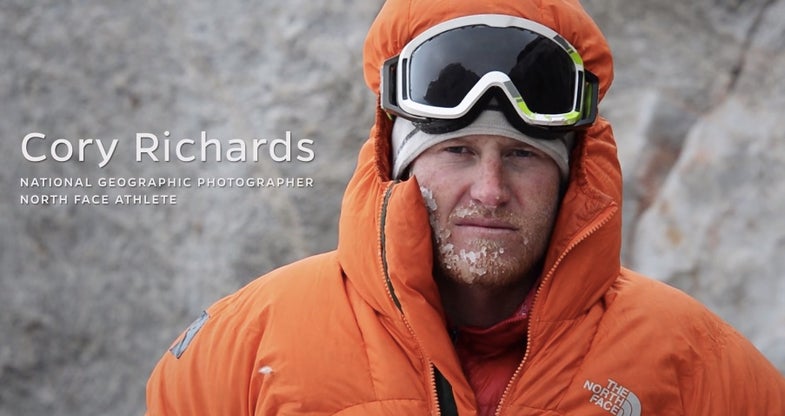 In 2012, Cory Richards attempted to record climbing Pakistan’s Gasherbrum II mountain in the dead of winter. Caught in an avalanche, Richards and his fellow climbers almost died, and a self-portrait that he took became an instantly iconic image. Now, in this brief video, Richards explains some of what pushes him to such physical extremes as a photographer and an athlete.

Put together by Blue Chalk, “A Tribute to Discomfort” is a brief video with Richards, where he talks about his own background, and how he turned to photography without a formal education in order to understand the world around him.

The video really is a tribute to not just Richards’ grit and determination, but also an underlying optimism that seems to define his photography. There are not many people who would survive a deadly avalanche, and then get up and keep climbing. There are fewer still who would keep taking photos. But that’s exactly what Richards did, and what part of what makes his photography so impressive.

A Tribute to Discomfort: Cory Richards from Blue Chalk on Vimeo.