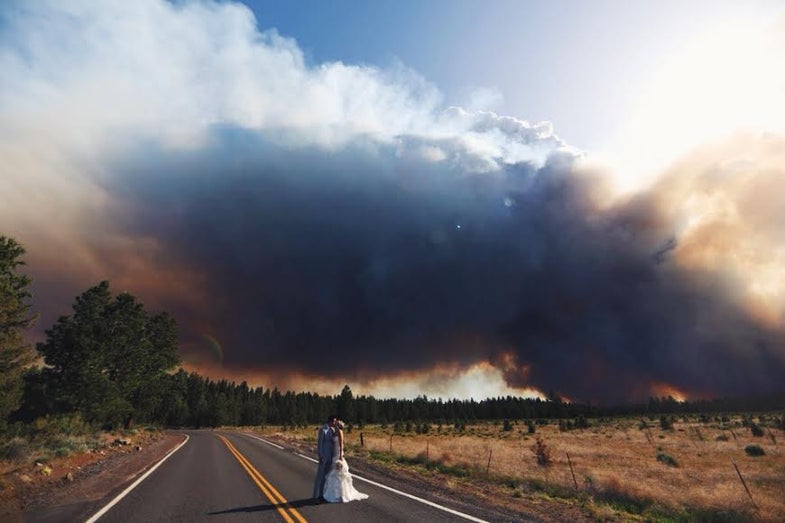 Over the weekend, photographer Josh Newton was shooting a wedding for a couple in Bend, Oregon. Nearby, however, a wildfire was burning and they were told to evacuate the area. Before they were forced to leave, however, they were allowed to finish the ceremony and get some photos. The result is a set of somewhat controversial, and undeniably dramatic photos that are all over the media this morning.

The photos depict the couple set against the backdrop of the smoke and flame from the wildfire. Some critics have said it was insensitive to use such a powerful and potentially deadly event like a wildfire as a backdrop for jubilant photos, while others believe they were just capturing the day as it happened.

Take a look through the gallery of photos and share your thoughts in the comments. It’s an interesting situation for the photographer and the couple to be in. All that preparation, planning, and expenditure for a wedding is tough to let go to waste. Plus, fire personnel did say it was safe for them to go on with the proceedings. And the photos are undeniably striking as a result.

What would you have done as a photographer?