Upload an image, and get the tick of approval—but we'll have to wait and see how accurate it really is 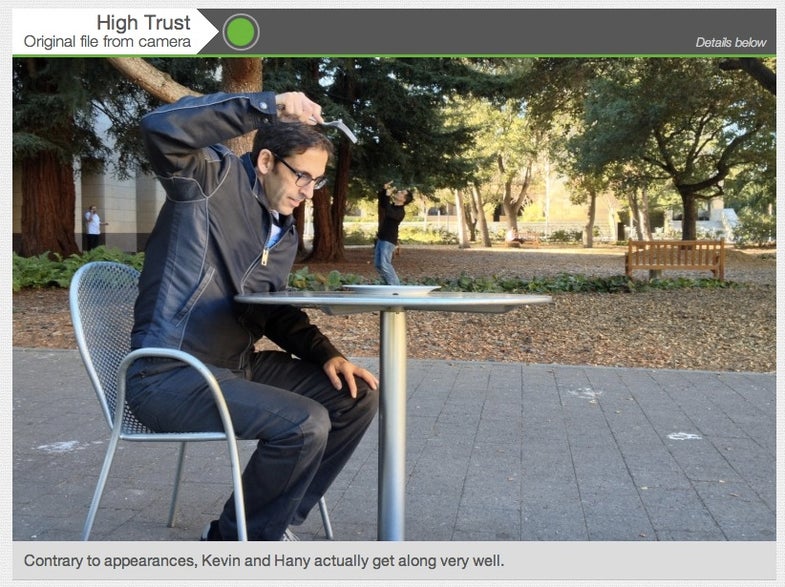 Izitru is a new image hosting service that hopes to attract users in a novel way—by vouching for the authenticity of an image. When you host an image on Izitru (pronounced “is it true”), it’s given a trust rating to attempt to verify if the image is manipulated or not. The only problem? In its current form, it just doesn’t seem to be doing a very good job of it.

Izitru subjects the images to a series of six tests, all of which must be passed in order to garner the highest rating. But as of now, it looks to be throwing up a lot of false negatives, and also letting through many images that have been edited. A quick nose around the comments sections of various news articles relating to Izitru shows that many people have found that any JPEG that’s been resaved will trigger a low trustworthiness rating, regardless of actual editing. And Izitru acknowledges another loophole in its FAQ:

In other words, unless it’s the very first save of an image, it’ll trigger the algorithm. But, like the frequently used Error Level Analysis site, it might work as one more tool in the debate about the truth behind a file.