As the debate continues about the appropriate use of drones for photography, Yosemite has clarified that you can't use them in the park 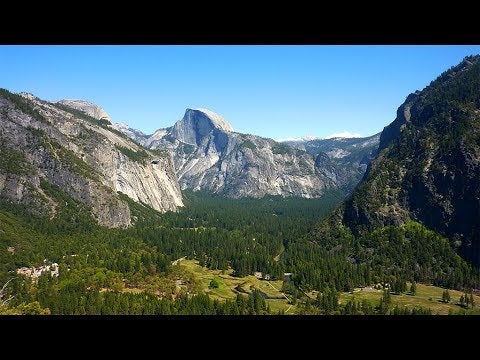 Yosemite has clarified its rules for when it comes to drone photography, and it turns out that you’re not allowed to use flying cameras while within the park’s boundaries. In a recently released statement, the park clarified that a long standing federal regulation applied as much to drones as it does to other aircrafts. The statement, in full, says:

You can read the full text of the federal regulation here. Since this is clarifying a rule that’s already on the books, this now raises questions about other parks, too. The cited regulation applies to all “persons, property, and natural and cultural resources within areas under the jurisdiction of the National Park Service.” Which means there’s a good chance that drone photography is banned at all National Parks. For Yosemite it makes a lot of sense, as these flying machines can create a lot of noise and air displacement, and could easily disturb local wildlife.

Unsurprisingly, given its natural grandeur, Yosemite has proven to be a popular park for drone videos.

This comes as part of a larger conversation about the legality and the use of aerial drones. Currently, they’re fine to use for non-commercial purposes, but as soon as it becomes commercial, the FAA starts to get involved. That, it turns out, includes journalistic use, which has raised some hackles.

Right now, the massively spiking popularity of unmanned aerial vehicles for photography and video has raised many questions about safe regulation of these devices. Hopefully, some sort of compromise could soon be met that will allow for a balanced approach.