NASA has finally taken one of its Instagram accounts to space 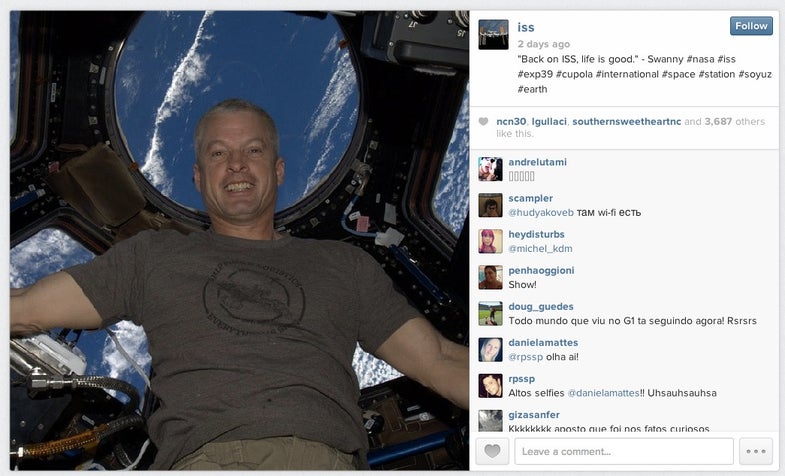 While NASA has had a social media presence for a long time, surprisingly its taken the organization this long to actually take one of the most popular image sharing platforms on the planet off-world. NASA has finally linked up its ISS Instagram feed up with astronauts on the space station, and two days ago Steven R. Swanson posted this image to Instagram.

And yes, he is wearing a Firefly t-shirt. Up until now, the ISS Instagram feed has been about the training on the ground, but since that first selfie, more images from the ISS have been posted, including one of the Northern Lights, and another of Swanson (this time rocking a Star Trek shirt).

While it may sound incredulous that NASA has only just turned to Instagram for space pictures, that’s because there have been multiple other social media attempts from various agencies, and this is just the first time it’s been NASA+Instagram+images taken in space. After all, the official NASA Instagram account and the NASA Goddard account are both extremely popular, and filled with images of space. But they are all images from other situations, posted to Instagram. And let’s not forget the incredible images that Cmdr Chris Hadfield posted—but while on NASA trips, he’s technically CSA, and was posting to Twitter, not Instagram.

Even so, we can’t wait to see more of the images that come from the ISS!