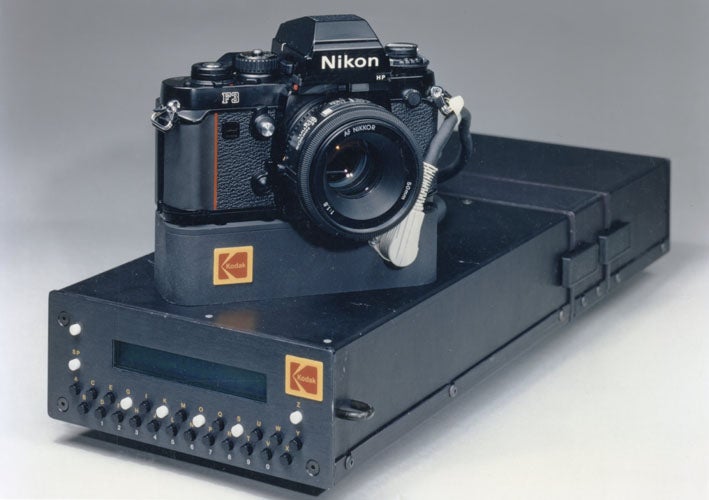 In the early days of the 90s, most people had never even heard of a digital camera, let alone used one. But the folks at NASA were already sending some of the early CCD cameras into space, allowing them to use photography in totally new ways.

On YouTube, Ron Volmershausen has uploaded two videos of these early digital units, one of a Kodak HAWKEYE II digital back on a Nikon F3, the other the NASA H.E.R.C.U.L.E.S. module on a Nikon F4.

The Hawkeye II unit is particularly intriguing, and represents one of the first iterations of the digital back, from a time before single unit digital cameras were really a thing. You can read more about it at this page by James McGarvey. According to another article by McGarvey, the Hawkeye unit is from 1989, and is actually a predecessor to the famous DCS 100. The Hawkeye unit could run ISO 50-400, with 2fps, and was later further developed into the DCS. You can read more about that here, here, here, or here.

You can actually still find DCS 100s up for sale on occasion, and while the $15,000 pricetag may sound extreme, that’s actually less than it originally went for when it debuted.