How To Light a Car Photoshoot Through Three Feet of Ice

Why just light the car, when you can light the ice itself? 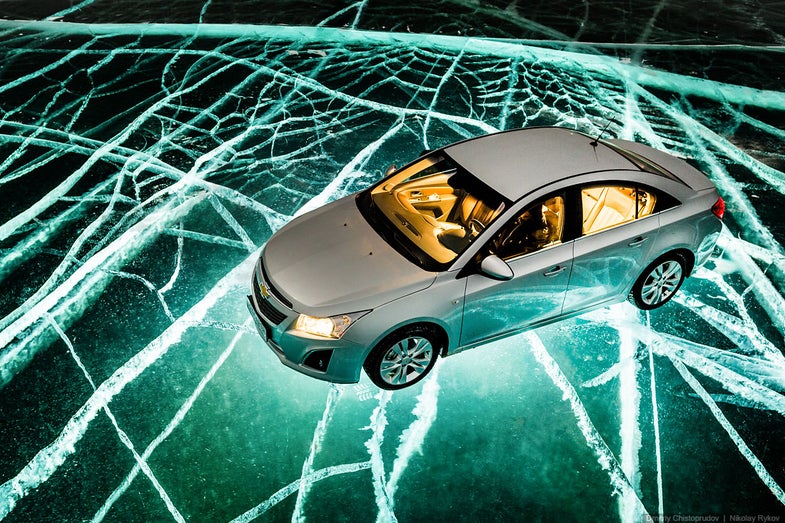 Russian photographers Dmitriy Christoprudov and Nikolay Kykov decided to take a very different tact with a recent photoshoot of the Chevy Cruze. To light the car for the photograph, they took it on the yard thick ice of Baikal lake—but drilled a hole in the lake to light the ice itself from below.

As you could probably guess, a plan as amibitious as this wasn’t quite as straightforward as you might hope. The photographers detailed the process in Russian on their livejournal, and it was translated on English Russia. The initial attempts to drill a hole using a borer weren’t large enough, so the photographers had to flag down passing fisherman, and pay them to widen the hole. Then, the crampons everyone was wearing had carved up the ice so much, it took another hour to it cleaned and ready to shoot.

To be fair, the final images seem a bit underwhelming considering how cool the idea is and how much work they put into it—but that’s a fault in execution, not a fault in concept. The lighting itself is fantastic, and creates a look unlike almost anything else we’ve seen. The glowing cracks through the ice look utterly unreal, and immensely impressive.