By calculating depth from a series of photos, the new version of Google Camera can simulate bokeh 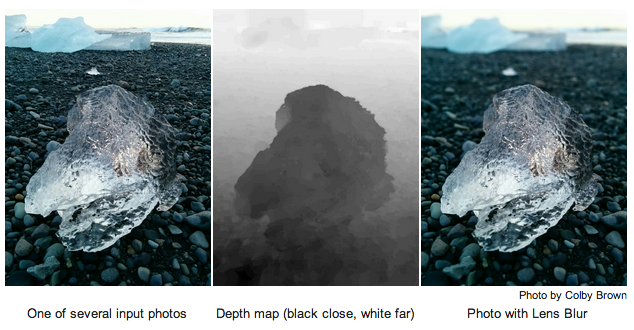 Google has just rolled out a new version of its Google Camera app to Google Play—and with the new version comes the ability to blur out backgrounds. But unlike, say, the crude fuzziness of Instagram, Google Camera actually takes a much more advanced path to figuring out where and how much to blur—it generates a depth map based from a series of pictures to correctly identify the foreground and background.

As explained in this blogpost:

The blogpost goes into some more technical details about how the process works, if you’re interested. By the key takeaway is that rather than just blur everything, the app attempts to accurately gauge the distance to the various parts of the image, then calculate an appropriate level of blurring to properly simulate a large sensor camera.

While it’s probably not going to be on-par with using a DSLR, it’s still a very impressive technological advancement. The own downside? It’s only available for those using Android 4.4 or better.