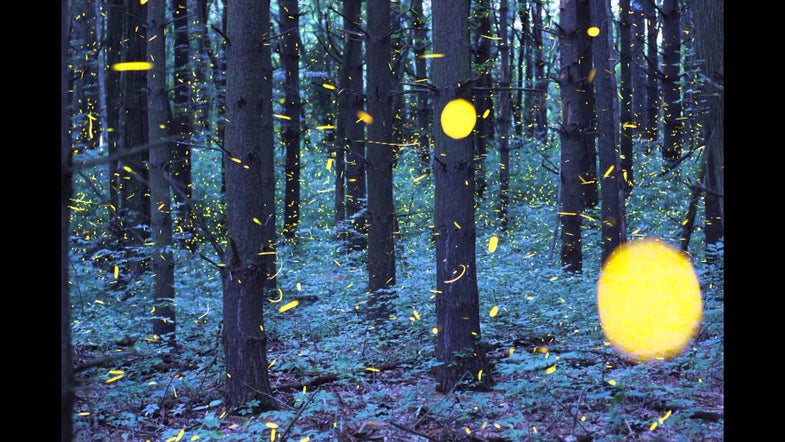 Shooting fireflies using long exposure photography is hardly a new idea—photographers have been capturing the luminous flights of these insects for years this way. And while Japanese photographer Tsuneaki Hiramatsu may be the most famed practitioner of this technique, photographer Vincent Brady is doing his own spin on it.

Rather than simply rely on long exposure images to capture firefly trails, Brady also used time lapse photography to capture stars moving in the sky, and the movement of fireflies spread over a long period of time. He briefly describes the video on his site, saying “Shot primarily over the Summer of 2013 at Lake of the Ozarks, Missourri and around my hometown of Grand Ledge, Michigan. I used every trick I have up my sleeve to pull this off. Image stacking, 360 degree startrail panoramas, and even a macro love scene! Hold on to your seats these fireflies fly by pretty quick!”

Since Brady hasn’t elaborated on how he shot the scene, we can’t be 100% sure, but we think that this is a bit removed from a traditional timelapse. A standard timelapse probably wouldn’t show the firefly trails fading in and out like that, they’re be more likely to move in quick bursts. So this might be an example of stacking long exposure images on top of a timelapse to emphasize certain parts of the scene—though we can’t be certain.