Try wrangling an entire beauty shoot, 30 seconds of low gravity at a time 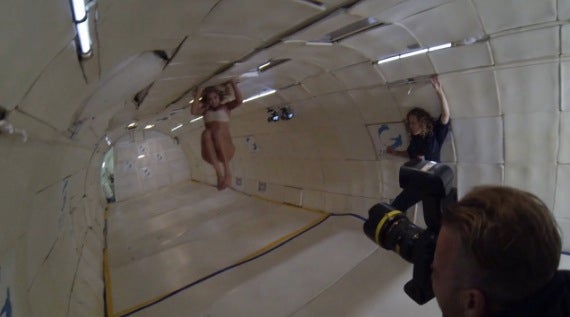 For Sports Illustrated’s 2014 edition of its famous Swimsuit Edition, the magazine has sent Kate Upton into space. Well, not really, but they’ve put her on a plane, and shot her in zero gravity, in a shoot that looks to have been as chaotic as it was fun.

The magazine is on newsstands now, and is a 50th anniversary edition. As part of the celebrations, famed model Kate Upton was involved in a photoshoot on the famed Zero G “vomit comet”. These commercially available trips (which will set you back around $5000 per person), fly in a parabolic pattern, and at the top of each arc, and for a brief descent, gives a period of weightlessness. For 30 seconds at a time, the entire cabin feels what it’s like to be in space.

But can you imagine trying to wrangle an entire photoshoot in 30 second bursts? Outfit changes, makeup fixes, getting lights into position, props, and everything else while flying at extreme angles—and then shooting while everyone and everything is floating all over the place. Just watch the video below, and you get a feel for just how crazy the entire thing must have been!

As for the photos themselves? You can see them in the magazine, or on Sports Illustrated’s site.