Awesome Timelapse Photography Shows the Power of a Storm Supercell

Capturing a breathtaking weather formation on a timelapse 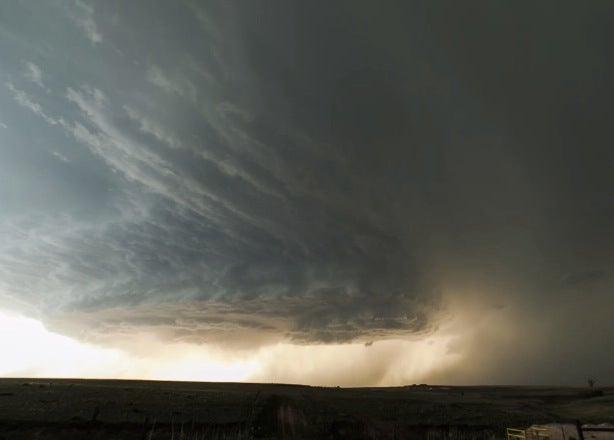 We’ve seen some pretty impressive timelapses over the years. Footage of the Earth from the ISS, the aurora, cities, stars, and immersive landscapes. Yet still, even after all of that, we can still be impressed. Like this short video by Mike Olbinski, of a storm supercell near Booker, Texas.

Olbinski managed to chase a huge storm around the city, recording four different clips of it from different angles. He mostly relied on one-second intervals, which he used for the first three segments in the video, and then slowing it down to five-second exposures as the storm started to dissipate. Using timelapse footage, you really get a feel not just for how incredibly large this supercell was, but also the sense of motion of it, the constant shifting and changing of its surface—even while remaining stable.

Olbinski explained some of the shoot in the Vimeo description: