How Do You Feel About Websites That Publicly Shame “Bad” Photography?

Do "bad" photographers need to be called out publicly on the web? 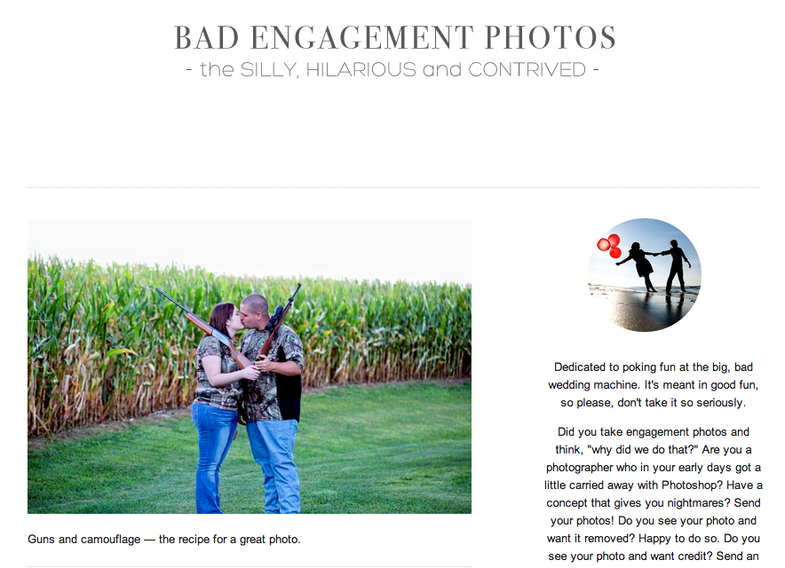 We have all seen our fair share of “bad” photos. There have been awkward poses, blown exposures, missed focus, questionable editing choices, and every other method in which someone could mess up an image. Now, however, thanks to “shaming” blogs, those flubs could end up in the public eye subject to the collective digital snark of the world wide web.

The latest photo shaming blog making the rounds is a Tumblr called Bad Engagement Photos. It’s a running list of pictures of varying overall quality. It’s easy to understand why some are being called “bad,” while other seems like a stretch. Some seem like inside jokes we, as casual observers, may not be in on.

Some of the posts have thousands of notes attached to them and the captions seem overly harsh. For instance, one composite image is accompanied by the caption, “This person should have their copy of Photoshop taken away from them. You are a terrible photographer.” That might be a bit harsh.

The idea of photo shaming blogs certainly isn’t a new one. The most famous of them is probably “Awkward Family Photos,” which even landed in a printed book. Flipping through them can certainly be worth a laugh, but it’s a cheap laugh and it comes at the expense of others.

Some people defend the blogs as cautionary tales, discouraging “photographers” from getting in over their heads, but at the same time, it’s easy to see how the threat of a public web-shaming could discourage the creative process.

Luckily, few of these sites use the names of the photographers or the subjects. Plus, many of the photos seem to be submitted by the subjects themselves. Still, to me, the whole thing feels very counterproductive. If there’s a chance it could discourage someone from pursuing their love of photography, I see it as a bad thing.

This kind of blog is also a magnet for random people to send in photos to which they don’t own the copyright. BadEngagementPhotos has recently sent a call-out on twitter for photographers to send in their early work, but keeping track of who owns the photos published can be something of a nightmare.

With the wild popularity of these blogs, it seems like I’m in the minority, so I want to hear what you think. Is it right to call out the work of “bad” photographers on the web or would that time be better spent sharing good work that’s meant to inspire people?