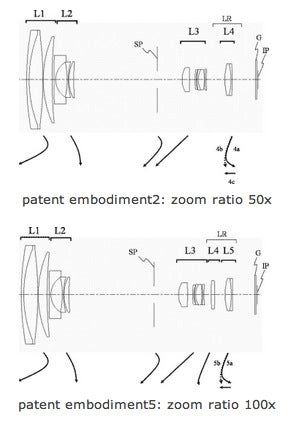 While the infamous megapixel wars may have come mostly to a halt, the battle over the longest zoom is still being fought. While the likes of the Canon SX50, Sony HX300, and Fujifilm FinePix SL1000 all managed to hit record breaking 50x zoom lenses, Panasonic eventually outpaced them with the FZ70 and a 60x zoom. But Canon has another trick up its sleeve — according to Japanese blog Egami, the company has filed a patent for a 100x zoom camera.

Now, none of this means that we’re going to see a 100x zoom lens from canon in the very near future — but it’s obvious that zoom length is a major feature that companies are battling over now. So it’s only a matter of time before these stupefyingly long lenses become very much a reality. Bring a tripod.