Why not mail someone an entire camera? 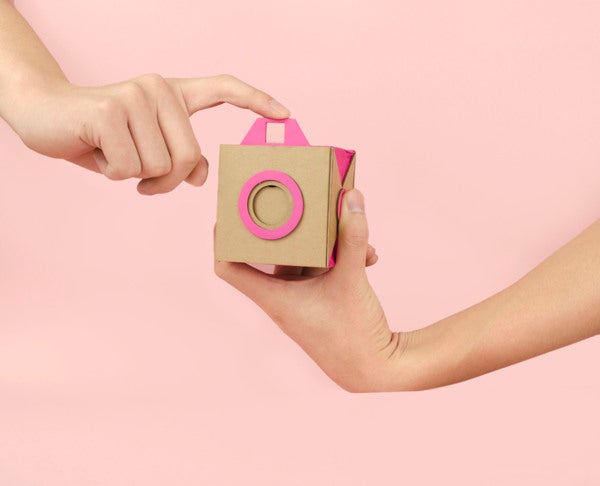 Pinpal is a design concept by Dina Cheng, at the Pratt Institute. Rather than just messaging someone a picture you just snapped, why not send them a physical picture inside an actual camera?

The Pinpal is a mailable, foldable, pinhole instant camera — a concept designed to fold completely flat, then easily pop back up to take photos when needed. So you could just put the entire camera in a mailbox and send it to someone you care about (or just sent them the photos).

As Cheng puts it:

While it’s a very fun and interesting design, unfortunately it’s likely impossible. Polaroid instant films are stored in small packs, and after each is exposed, it needs to be extracted from the camera. In doing so, rollers squeeze a pouch of chemicals at the base of the image that cover its front, developing and fixing it. Unfortunately, this nifty looking cardboard camera wouldn’t be able to do that.

Which isn’t to say that cardboard cameras can’t work! You can easily buy a cardboard pinhole camera online — they just tend to be designed for 35mm film, or direct exposure.