Facebook is huge. How huge? Try wrapping your head around this website of the faces of the more than 1.2 billion members 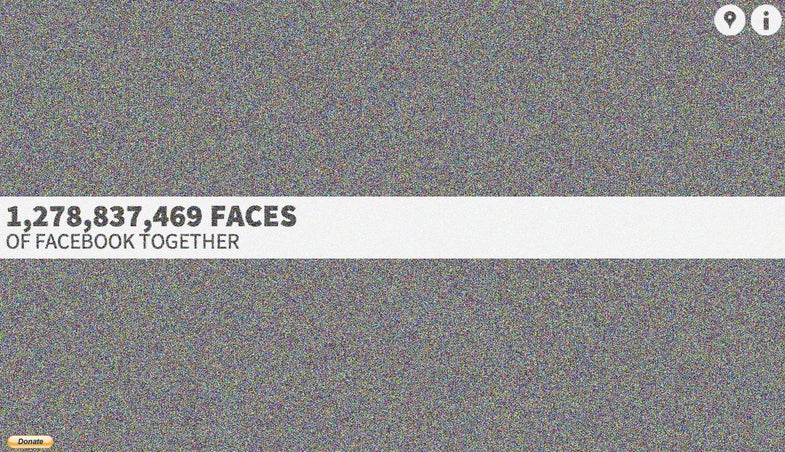 The Faces of Facebook is exactly what you think it would be. It’s all of the faces of people on Facebook. That’s right, all 1.27 billion members of the largest social network on the planet — all presented in the order that they joined.

While zoomed out, the site is a mess of randomized noise, a billion pixels squeezed into your monitor. But when you zoom in, each of those pixels gets resolved into a small face of a real person. It’s an impressive piece of coding, pulling from the entire Facebook database. Unfortunately, the base pixel that’s used to represent each person before their image comes in isn’t actually linked to the color of the photo.

Another interesting side of this is the privacy implications. As developer Natalia Rojas puts it, “we are not breaking any Facebook privacy rules because we don’t store anyone’s private information, pictures or names.” It’s all just being pulled in using totally public information.

If you’re curious where you fit in this maelstrom of people, you can give Faces of Facebook access to your profile.