The Origin of the Viral “Volcano Photographer” Photo

Is shooting on recently cooled lava enough to set your tripod on fire? 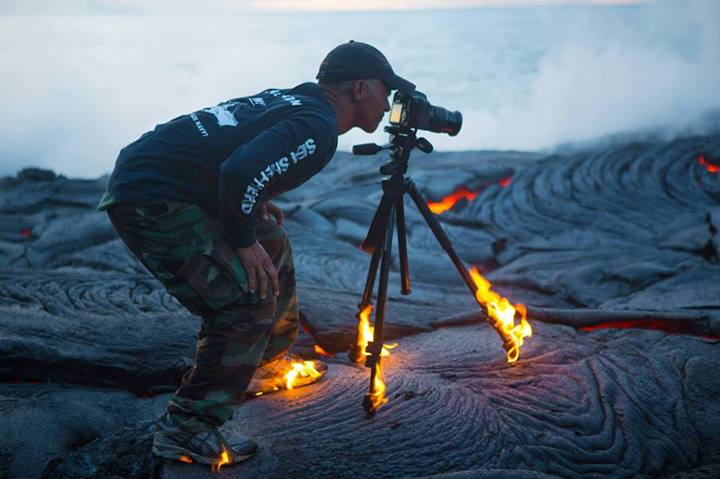 A few days ago, an intriguing photo started doing the rounds of various image sharing sites. It showed what looks to be a photographer standing on a recently cooled lava flow, his shoes and tripod bursting into flame. Now the photographer in the shot has come forwards, but people still aren’t convinced how real the shot was.

Photographer Kawika Singson claims that its him in the photograph, and that it really is his gear on fire from the heat. On his Facebook page he says:

While recently cooled lava flows are at a low enough temperature for humans to traverse, they usually do so in thick protective gear, including gloves, boots, and some sort of heat protection — and even then it’s debatable if its hot enough to induce spontaneous combustion like this. Singson seems to be shooting without any protective gear, and seems to have come out from the shoot unscathed. People are understandably skeptical that the lava was hot enough to induce burning like that, but cool enough that Singson came through fine.

If he actually managed to pull that off, it’s an incredible stunt (and one that people shouldn’t try and replicate). But it’s also one that’s brought Singson global coverage for this image. And catapulted him into viral stardom.

In case you were wondering how his gear came out after that photo, he is also fundraising for a new camera…

[via the Online Photographer]