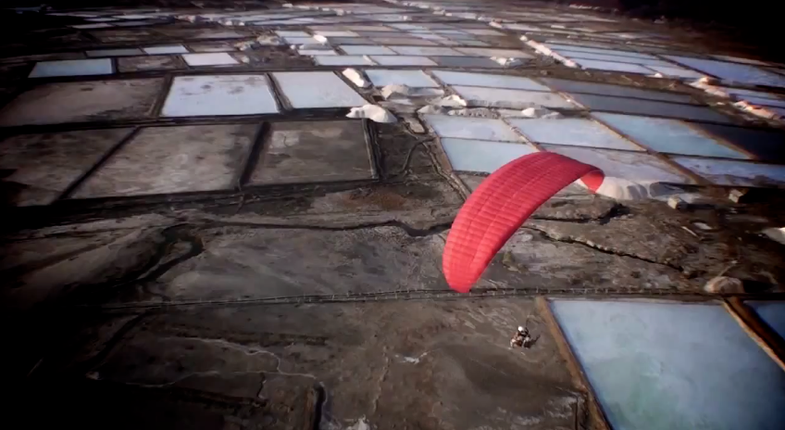 With the rise of drone photography, the issue of who can photograph what from the skies is going to be a big issue in the coming years. Iconic photographer, George Steinmetz, however, is sparking the debate in a more old-fashioned way. He was recently taking photos from his paraglider above cattle fields in Kansas and came down to find himself in handcuffs.

His assignment was a story for National Geographic about the food industry, an industry that has been notoriously secretive about their facilities. They claim it’s to prevent bio-terrorism in which the food supply is attacked, but there are more than a few critics online who suspect them to be hiding less-than-appetizing living conditions for the animals.

Steinmetz and a paragliding specialist were arrested for trespassing and from the sound of it, they actually did bring an SUV onto private property. It’s still a bit unclear how the photos he took will play into the case. Online arguments suggest that the airspace is somewhat restricted, but the statues seem somewhat vague.

Steinmetz is known for this type of aerial photography. Some of the images he’s created this way have been absolutely stunning, so it’s good to hear that he was able to finish his flight before being arrested. Sadly, the future of the images may be in question depending on the outcome of the case.

Still, it’s an interesting case and from the sound of it, Nat Geo is sticking by their shooter, which isn’t surprising, but is encouraging. Expect to see a lot more things like this in the future.