It might not do much else, but it proves that a webbrowser could handle Raw files 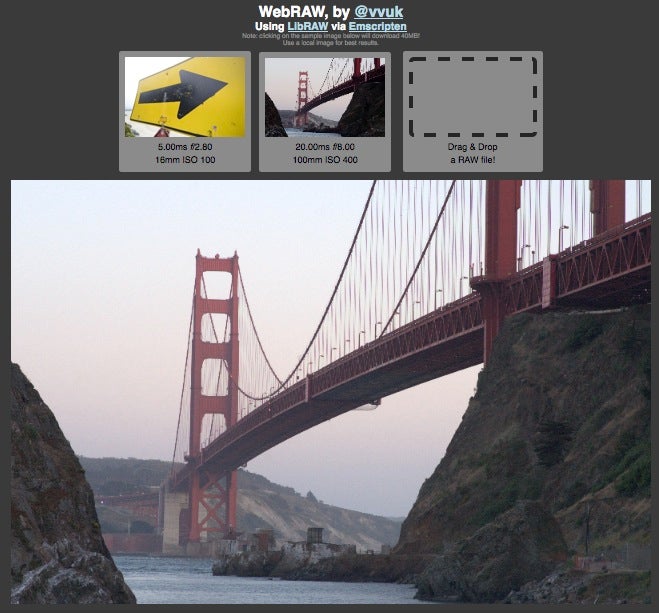 There’s a decent amount you can do with free, online photo editors, but one area they sadly lack in is support for Raw files. However one developer has proved that a modern browser has enough power behind it to handle even the biggest Raw files.

WebRAW is a piece of demo code that allows you to drag a raw file into Firefox and view it using open source resources. Designed for use with the latest builds, but still semi-functional in most versions, WebRAW loads the image, shows some basic EXIF data, and lets you view parts of it full size.

Since this is essentially a tech demo, it’s no surprise that you aren’t going to be able to do much in the way of major editing. But it proves a point: that there is no reason why something as processor-intensive as Raw-processing needs to be tied to a desktop application. Vladimir Vukicevic admits it’s basic and imperfect, saying:

He also points out that others are working on similar tech using their own decoders for more powerful performance. Which means that hopefully in the not too distant future, there will be a good, free, online tool for non-destructively fiddling with your Raw files.